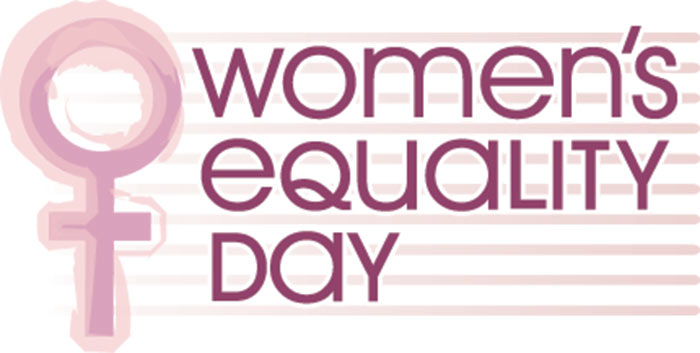 Women’s Equality Day was officially introduced in the United States in 1971, with a formal Congressional Designation honoring August 26-the day in 1920 when the 19th Amendment was officially ratified, in 1973. At the time, women were prohibited from a variety of what today we consider commonplace services and rights. While much has changed in the last 40 years, recent developments in Afghanistan, where Taliban rule has begun preventing women’s rights to education, work and religious freedom, illustrate that women across the world still find themselves on unequal footing compared to their male counterparts.

The State of Women’s Equality in 1971

The 70s saw a new wave of truly fierce and strong feminist leaders. Women’s Equality Day was championed by NY Representative Bella Abzug, a key leader in the women’s equality movement. Known as ‘Battling Bella’, she ran on the slogan “This woman’s place is in the house-the House of Representatives.

In 1971 women were unable to get credit cards in their own name, their husband’s signature a requirement. Women were not guaranteed protection from employment discrimination due to pregnancy. Women could not marry other women. They could not join combat lines, sue against workplace harassment, or gain access to emergency contraception.

And while all these rights have been extended to American women in the decades since, women still face daily examples of inequality, many systemic, with intersectionality resulting in even more inexcusable forms of inequality.

‘Battling Bella’ recognized the need to draw attention to the continued forms of Gender Inequality, long after the passage of the right to vote in 1920. It is important to note, that while 1971 was 50 years after the suffrage movement, Indigenous, black and other women of color were not guaranteed the right to vote until the 1965 Voting Rights Act. Now, in 2021, while these rights are defined under the law, many women, specifically minority women, face barriers to voting in the form of gerrymandering, restrictive Voter ID requirements, and limited polling sites across various states and regions.

The State of Women’s Equality Today

In the 2021 ‘Best Countries’ report, the Netherlands was reported as the ‘most gender equal’ country, perhaps a result of its high rate of women represented in the political arena. However, per the United Nations, women make up only an average of 25% of the world’s national parliament representatives. In the United States, women fill 144 of 539 seats in the House of Representatives, the highest percentage in U.S. history. While the growth is promising, the 117th Congress is far from equal. LGBTQIA representation in politics has increased, with Sarah McBride becoming the first open transgender state senator in the US in 2020; however presently there is no United States representative identifying as non-binary.

In addition to the gender gap in political representation, equal pay remains a concern. Presently women earn 82 cents for every dollar a man makes. The gap continues to exist due to barriers placed on women’s advancement in the workplace, or the idea that women are less competent than their male counterparts to take on certain responsibilities. Indigenous women and women of color face even more barriers when it comes to pay, with black women earning only 62 cents to every man’s $1; and Native women earning an appalling 57 cents to every $1 men earn.

Women’s Equality Day is recognized formally in the United States but presents the opportunity to look at issues of gender inequality across the globe. In 18 countries husbands can legally prevent their wives from working; across the world only 13% of agricultural landowners are women, and many more are prohibited from attending schools or owning businesses.

Thankfully, progress on both the national and global front continues in a forward motion. In March of this year the Biden Administration signed an Executive Order establishing the ‘White House Gender Policy Council’ which set out to acknowledge that the “full participation of all people-including women and girls-across all aspects of our society is essential to the economic well-being, health, and security of our Nation and the world.”
Groups like the United States Agency for International Development, the United Nations, and American Association of University Women, which has local chapters, continue to advocate for and advance women’s rights.

Despite the challenges that still face women today, female leaders are strong and vital contributors to our community, and part of addressing the gender inequality gap is recognizing women’s contributions and supporting them.

Local business owner Shannon Greenland, founder of Green Sprout Consulting, recognizes the value women business owners bring to Jamestown. “Women are really driven, and strong and amazing at multitasking… I am a co-parenting parent, so when I am running my business, it affects my child. That is a sacrifice I am making. Often men in the workplace have kids, but they have significant others that take on the planning, feeding, helping with homework. That is not to say all men, but it is much more common for women to be a caretaker, a friend, a wife, a counselor. It is rare for a woman to be ‘just a business owner’, and women deserve that recognition for being able to sacrifice so much in their success.”

Recognizing others in the community that held the same passion for supporting minority and women owned businesses, Greenland has spent the past year collaborating with City Council Woman Tamu Graham-Reinhardt, the Small Business Development Center (SBDC) and the City of Jamestown on the ‘Jamestown Minority and Women Owned Business Initiative’, designed to bring better awareness and support to minority and women owned business.

The initiative creates something, as Greenland describes, “Jamestown has sorely lacked.” As she explains, “Once you have a business open, it is important to have someone walk you through what to do next. [The initiative] is just now hitting the ground and opens more doors than we’ve had in the past.” The program, funded via the SBDC, provides consulting services to prospective and small business owners on everything from finding the right insurance for a business, to deciding if the business will have employees, and all the steps necessary to opening and staying open successfully. Consulting services are free of charge.

Greenland, who shares her admiration for Jamestown’s strong women business owners, emphasizes the importance of recognizing the power of women in your community. “When you look down Third Street alone, it’s amazing to see how many of those businesses are there because of women. Figure out who owns what. Pay attention to women owned businesses and view them as equal. Don’t support them simply because they are women, take them seriously.”

Individuals can learn more about the initiative at facebook.com/jtnymwbinitiative.

Women deserved to be treated and recognized equal to their male counterparts 365 days of the year, in all aspects of life. Honoring women is so much more than simply supporting their work or acknowledging their right to education.

Live Equal Values: Women’s rights are not simply stifled by the systemic bend toward patriarchy. Women across the globe must support one another, be it via truly collaborative business networking events and initiatives (Like the Jamestown Minority and Women Business Initiative) or mentoring programs. Women in our community, particularly those in positions of power, can mentor young women through programs such as Girls Scouts of America, Chautauqua Striders, or through internship programs. Inspiring the next generation of strong women is imperative!

Use Your Voice: Honor the women who fought the suffrage movement by voting! And not only in federal elections. Take the time to research local elections, area candidates and community referendums that may impact you and your women peers.

Address the Pay Gap: One of the more glaring concerns with women’s equality remains the pay gap. Yet, it is one of the easiest addressed. Own your own business? Ensure it has achieved true equality, reflected in the pay compensated to your employees. As an employee, speak with your women peers and advocate for equal pay if necessary.

While women in the United States have seen progress on the front of equality, barriers remain. Opportunities for women are in threat across the globe. Over 100 years since the 19th Amendment, women still must advocate for equality in their home life, work life, the right to education, and unfortunately the right to simply be treated as an equal human. We can all do our part. Let’s start today!