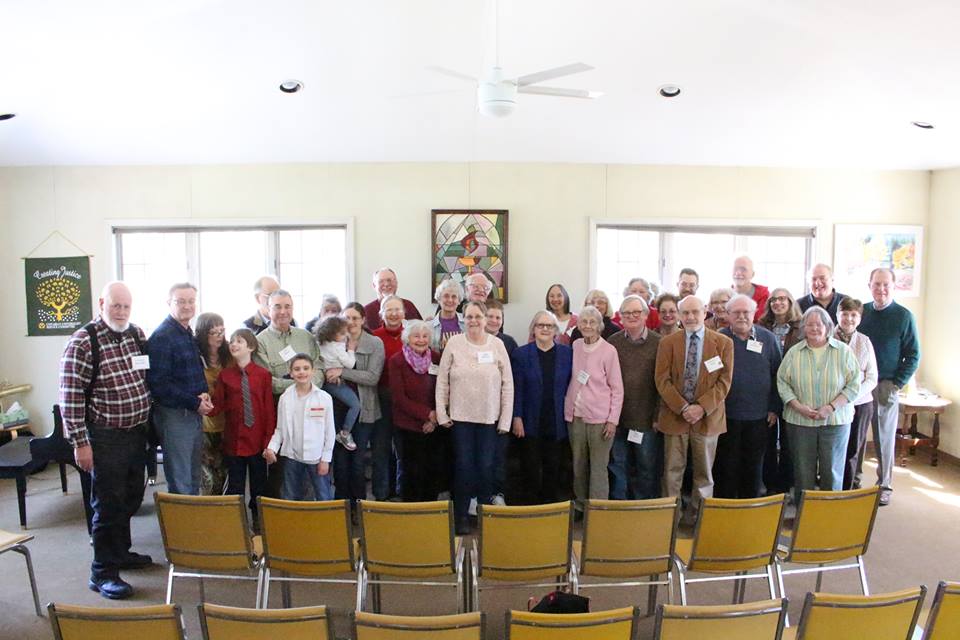 The Unitarian church in Jamestown was established in 1885 and so we have had a long presence in Jamestown as a center for liberal religion. Unitarians and Universalists merged in 1948. Unitarian Universalism is different from most other religions in the United States in many ways. Why? Most UUs do not regard themselves as being Christians, in the sense of holding a belief in a human-like god, or belief in the divinity of Jesus Christ, or belief in sin and hell, or even life after death. We are open to learn insights from all the world religions. Many of our members in Jamestown come from Protestant, Catholic and Jewish backgrounds. So, we seek understanding between people from different religions.

The wrong question for us is: “what do you believe”. We don’t have any required beliefs. Instead, we have seven guiding principles (values).  Unitarian Universalist religion is much like Buddhism in the sense that it offers a path to travel, rather than a place to stay unmoved. It offers guiding ethical principles for living, rather than a set of beliefs to memorize. We use reason, science, and evidence, rather than faith, blind obedience, and tradition. We use critical thinking and freedom of conscience, rather than conformity to authorities or popular opinion. We encourage curiosity and skepticism about easy answers, rather than reliance upon one book, such as the Bible, assumed to offer all truth. We encourage our children to see beauty in art and nature, rather than to see sinfulness in the world, and in their selves. We seek justice for others in an unjust world, rather than ignore the oppression of others.

Our religion is based upon the natural world and humanist morality, meaning that it is not based upon claims about God’s word. Unitarian Universalists recognize that truth and moral judgment evolve as scientific evidence progresses toward a better understanding of the world and each other.

December 4 at Unitarian Church: The Audacity of Universalism

“Getting Started On Your Story” Workshop Sunday, November 20