The regular Rotary meeting was taking place and Dan was asked to make a short presentation on the reason WHY he joined Rotary. His reason why focused on the WHO of Rotary, or the people of Rotary, which he feels is the strength of the organization. He remembered his sponsor, Joe Cusimano; his fellow member John Hamilton; and then he mentioned how important the Youth Exchange Program is to him and his wife Brigetta, who have welcomed many foreign students into their home and our community.

Dan then asked David to come to his front porch where he and eight other Rotarians were standing to surprise him. Overcash noted that the international star of the Jamestown club is David Troxell who has come to be the Club’s international ambassador. Dan considers it to be “Team Troxell” because both David and Marissa are serving communities all over the world through Rotary.

The Troxells live in Thailand during the winter months and through connections there have joined the Jamestown Club with projects such as the Rotary Academy in Cambodia, a women’s weaving cooperative in Katmandu, Nepal, a fresh water collection system and flush toilets for a school in Myanmar, new toilets and sanitation washing station in a school in Moshi, Tanzania, a new, secure and clean cafeteria in Ethiopia and hopefully a project in Karashi, Pakistan on the horizon. The Troxell’s have also participated in a polio immunization clinic in New Delhi, India.

Marissa facilitated the surprise award for her husband but was astonished when she too was honored with her own Paul Harris Award by Overcash.

In his acceptance, Troxell mentioned he had often considered donating to the Foundation, but instead, donated his funds to the overseas projects he champions, so he was very touched to receive the award. Marissa noted that Rotary lets ordinary people do great things.

Troxell joined the local Rotary Club because it fostered his ideals of local and global community volunteer work, particularly working in children’s education and in clean water and sanitation, important tenets of Rotary.

Paul Harris was the founder of Rotary, the world’s oldest and largest service club, with over 33,000 clubs and 1.25 million members. The Paul Harris Fellow recognition acknowledges those who contribute, or have contributions made in their honor of $1,000 to The Rotary Foundation. Each honoree receives a medallion, a lapel pin and a certificate. 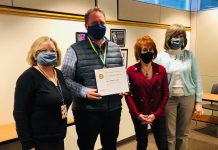 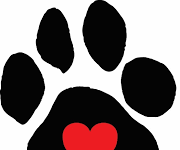