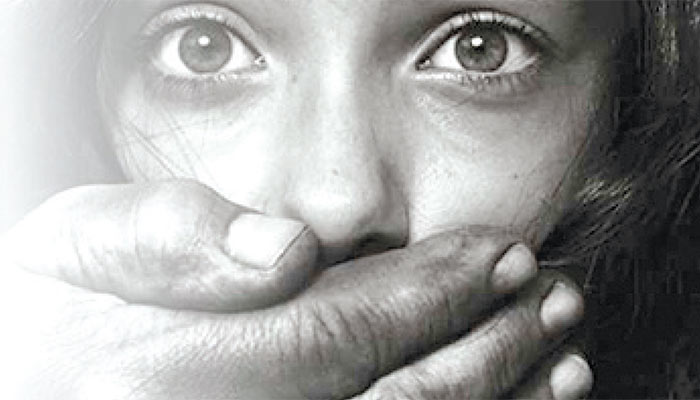 Human trafficking is not only a Third World problem. It has come to Chautauqua County.

“This problem is very real and it is still very under-reported,” Chautauqua County Sherriff Joseph Gerace told the Jamestown Gazette. “It is, in fact, modern day slavery. However, people don’t often report it, mostly out of fear and shame… or they simply don’t see it.”

It is estimated that every year up to 300,000 Americans under 18 are forced into forms of slavery, including the commercial sex trade, according to the National Human Trafficking Resource Center, with more than 3,000 cases reported in New York State alone, which is thought to be a serious underestimate of the actual number.

“Addicted youth are especially vulnerable,” Gerace added. The Chautauqua Health Care Action Team reports that many youth are sexually exploited or forced into spiraling debt-bondage to obtain drugs or other goods. Gerace added that other forms of enslavement in lieu of payment for drugs include threats of violence, enforced labor and criminal behavior.

Adults are also caught in this addiction/slavery trap throughout the county. Instances have been reported of parents submitting themselves or their children for sex or other kinds of bondage for money to pay debts or buy drugs.

Addiction holds its victims with two powerful snares: the need to get high and the pain of withdrawal. Traffickers use force, fraud, or coercion to control other people, forcing them into labor services or sex against their will. New York State is considered a high-risk region due to its extensive interstate highway connections to nearby state and national borders, a wide network of truck stop drop-off and pickup points, numerous college campuses, sporting and tourist attractions.

Not Only Drugs
Chronic unemployment and lack of education contribute to chronic poverty. That makes popular items like cellphones and necessities like good clothing attractive enough for young people in poverty to find secret ways to get them. Unfortunately, according to local authorities, unscrupulous people in the community will fulfill kids’ needs in exchange for servitude of many kinds.

Both adults and children traveling through the area as migrant workers, frequently undocumented, are also highly vulnerable to such exploitation according to Gerace.

Trafficking has also been identified as both a cause and effect of domestic violence – “the physical, psychological, emotional, or sexual abuse used by one person in a relationship to control the other and includes any behaviors that frighten, intimidate, manipulate, hurt, or wound someone – according to Chautauqua County Executive Vince Horrigan. In response to this issue the county executive has proclaimed October, 2017 as “Domestic Violence Awareness Month” included in an overall strategy to fight human trafficking.

Fighting Back
“We are now becoming one of 27 Safe Harbor counties in New York,” Horrigan also announced recently, “with funding to increase awareness of human trafficking, implement strategies to help victims and prevent this very real form of abuse.”

New York State enacted the Safe Harbour for Exploited Children Act in 2008 as the first state in the nation to recognize that minors who are commercially sexually exploited (CSE) are victims – not perpetrators – of crimes.

Awareness Award
Christine Schuyler, Chautauqua County public health director, recently reported that local girls as young as 13 and 14 have been targeted by traffickers. Due to local involvement in this issue, New York State has now awarded $60,000 to Chautauqua County to support the fight against human trafficking.

Trafficking Antidote
Complete addiction recovery, sometimes requiring a full year, according to Rick Huber with the Mental Health Association of Chautauqua County, is the best way to prevent relapse and re-enslavement. “Without full recovery, the relapse rate can be as high as 100 percent,” Huber said.

Drug pushers specifically target recovering addicts, according to local law enforcement authorities. The potential value of a “client renewal” is very high in the drug and human trafficking trade.

UPMC Chautauqua WCA Hospital’s recent award from the State of New York of $700,000 to establish a 20-bed unit in their Chemical Dependency and Substance Abuse Treatment Program, according to Director Andrew O’Brien, is another important step in the fight against addiction and trafficking.

Know the Warning Signs
“Warning signs of enslavement to a trafficker are not always easy to spot,” Gerace said, “but many are clear enough to create suspicion. So if you see something – if you are suspicious – say something. We would much rather investigate a possible case, even if it turns out to be a false alarm, than let something important slip by because somebody is unsure. We appreciate every lead.”

Every citizen of Chautauqua County, especially parents and teachers, is encouraged to become familiar signs and indications of human trafficking. See Warning Signs of Exploitation above.

Learn More – Get Help
To request help or report suspected human trafficking, or for more information about services and support for victims of trafficking, contact the National Human Trafficking Resource Center at 1-888-373-7888 (in more than 200 languages), or text INFO or HELP to BeFree (233733) or call the police department in your community, the county sheriff’s office at (716) 753-4231. If a child or adult is in immediate danger, call 911.