Many Americans claim that their “freedom” is being threatened. What do they mean by “freedom”?

This is the topic Dr. James Hurtgen will address when he speaks on “Individualism and Democratic Citizenship: The Meaning of Freedom” at the Unitarian Universalist Congregation of Jamestown’s 10:30 a.m. virtual service on Sunday, November 29.

His message will look at Alexis de Tocqueville’s discussion of individualism in Democracy in America that captures American views about freedom and the tension that exists between it and our obligations to one another as citizens.

Hurtgen served as a member of SUNY Fredonia’s Department of Political Science from 1971-2014, teaching courses in political philosophy and American politics. His publications and papers include articles on Tocqueville, Thomas Hobbes, American political thought, the American presidency and Herman Melville, as well as The Divided Mind of American Liberalism, a book-length study of American liberal thought in the 20th century.

In 1978, Hurtgren was appointed the Founding Director and Professor-in-Residence of the SUNY-wide Albany Semester Intern Program. In 1999, he established Fredonia’s Mock Trial team, which competes annually in competitions sponsored by the American Mock Trial Association. He is the recipient of two grants from the National Endowment for the Humanities and several grants for research at the Library of Congress. He held a number of administrative positions at Fredonia including service as Chairperson of the Department of Political Science and Dean for Liberal and Continuing Education. In 2003, he was appointed the Founding Director of Fredonia’s School of Business.

The Hurtgen Endowment was created in 2004 by former students to provide scholarships for participation in the Washington Semester Internship Program. Dr. Hurtgen received the Chancellor’s Award for Excellence in Teaching. In 2007, he was promoted by the SUNY Chancellor to the rank of Distinguished Teaching Professor. He is the immediate past President of the Board of Trustees of the Dunkirk Historical Society and continues to serve as a member of the Board.

Because of COVID-19 limitations, all UUCJ Sunday services are currently virtual instead of at its 1255 Prendergast Avenue location. Anyone is welcome to participate by emailing UUJamestown@gmail.com to receive a Zoom link for the 10:30 a.m. service. The link goes out on Saturday afternoon, but you can request to join until the start of the service on Sunday.

The Unitarian Universalist Congregation of Jamestown is a progressive, liberal religious community serving the southern tier of Western New York and Warren County, Pa. The UUCJ’s mission is to promote and provide a community where diverse people of all ages may explore the meaning of existence, give expression to liberal religious values, and work for a just, sustainable society.

You can learn more about the UUCJ at jamestownuu.org or on their
Facebook page, facebook.com/jamestownuu. 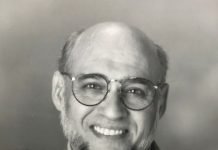 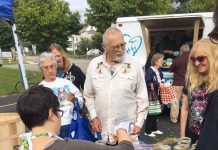 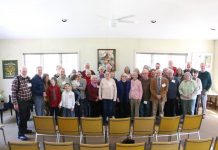 The Unitarian Universalist Congregation of Jamestown