You might be surprised that a deer’s auditory acuity is no better than ours. No better anyway than yours or mine back when we were children. Since then, our hearing has been on a downhill tumble.

Yes, deer do hear some frequencies slightly outside the range of our hearing, but studies at the University of Georgia and Texas A&M have shown that the hearing range of humans and whitetail deer are very similar. In other words, the frequencies a deer hears are about the same as what you hear. The main difference is that he has two, three, maybe four years of virtually no wear and tear on his ears. Your ears have decades upon decades of damage from countless causes. If we had protected our ears when we were young, we’d hear better, maybe a lot better.

We habitually ruin our hearing. We shoot rifles, shotguns and handguns without ear protection. Back when I was a neophyte, few of us realized that every time we fired a gun we caused concussive damage to our eardrums and the delicate structures behind them.

We ride motorcycles. Those loud, air-cooled engines and the wind pressure on our eardrums desensitize our hearing. We run power tools without hearing protection. A whining chainsaw less than a couple of feet from your ears is a prescription for tinnitus.

Some of us work in machine shops where the pounding of presses shocks our ears. During my first year after college I had a job that was paid by piecework, so I kept plugging away with that 80-ton machine mashing a piece of steel every few seconds. It relentlessly pummeled my inner ears and surely had an effect on my hearing. But damage to our hearing doesn’t just come from work. It comes from pleasure too. For lots of people music is life, and endless sessions either creating music or listening to it also takes a toll. Modern life is hazardous to hearing.

What’s the point? By the time you turned 18 you probably haven’t ruined your ears, but you suffered more damage to your hearing than any deer possibly could have. No deer ever sighted in a rifle, rode a motorcycle, worked in a machine shop, or slapped on a set of headphones to pump loud music through his earholes.

The worst a deer every does to his ears is to listen to songbirds and the bleats of other deer. (It’s mainly those bleats he is more tuned to hearing than you are.) Yes, he has heard occasional thunder and gunshots, but he has never heard a loud sound within his personal space. Even the oldest deer possible in the woods has virginal hearing compared to yours.

That’s the first big advantage a deer’s ears have over your ears. He has never damaged his hearing. You’ve damaged yours, you can be sure of it.

He has a second advantage over you. Your outer ears are tiny. His are huge by comparison, and he can collect more auditory data than you can.

Here’s a third advantage. He can rotate each ear separately and aim them in the direction sound is coming from, so his directional hearing is far better than yours. You can do nothing to equal that ability. The better to hear you with, my deer!

So, what can you do to beat the deer’s ears? Lots of things. First, be as silent as possible. You’re smart enough to go slowly, avoid stepping on sticks, and stifle your sneezes and coughs, but what do you do when you can’t be absolutely silent?

Be deliberate about the sounds you make. Sound as normal as possible. By going slowly you’ll sound like the sounds he routinely hears. He’ll still hear you but if the sounds you make seem normal, he’s less likely to be on high alert. You’ll attract less attention from his eyes and he’ll be less concerned about capturing your scent.

When it comes to beating the deer’s ears, be confident that you’re nearly on equal ground with him. Use common sense, avoid unnatural sounds – candy wrappers, zippers, Velcro, a clanging thermos – and slow your pace, sometimes down to 30 feet in 10 minutes. You can’t overcome the deer’s ears every time, but you can often enough. 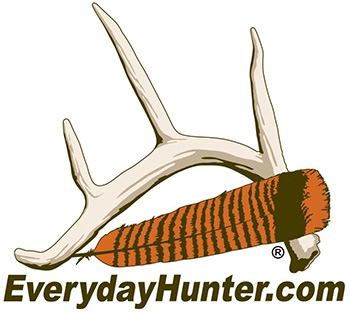 The Better to See You with, My Deer!