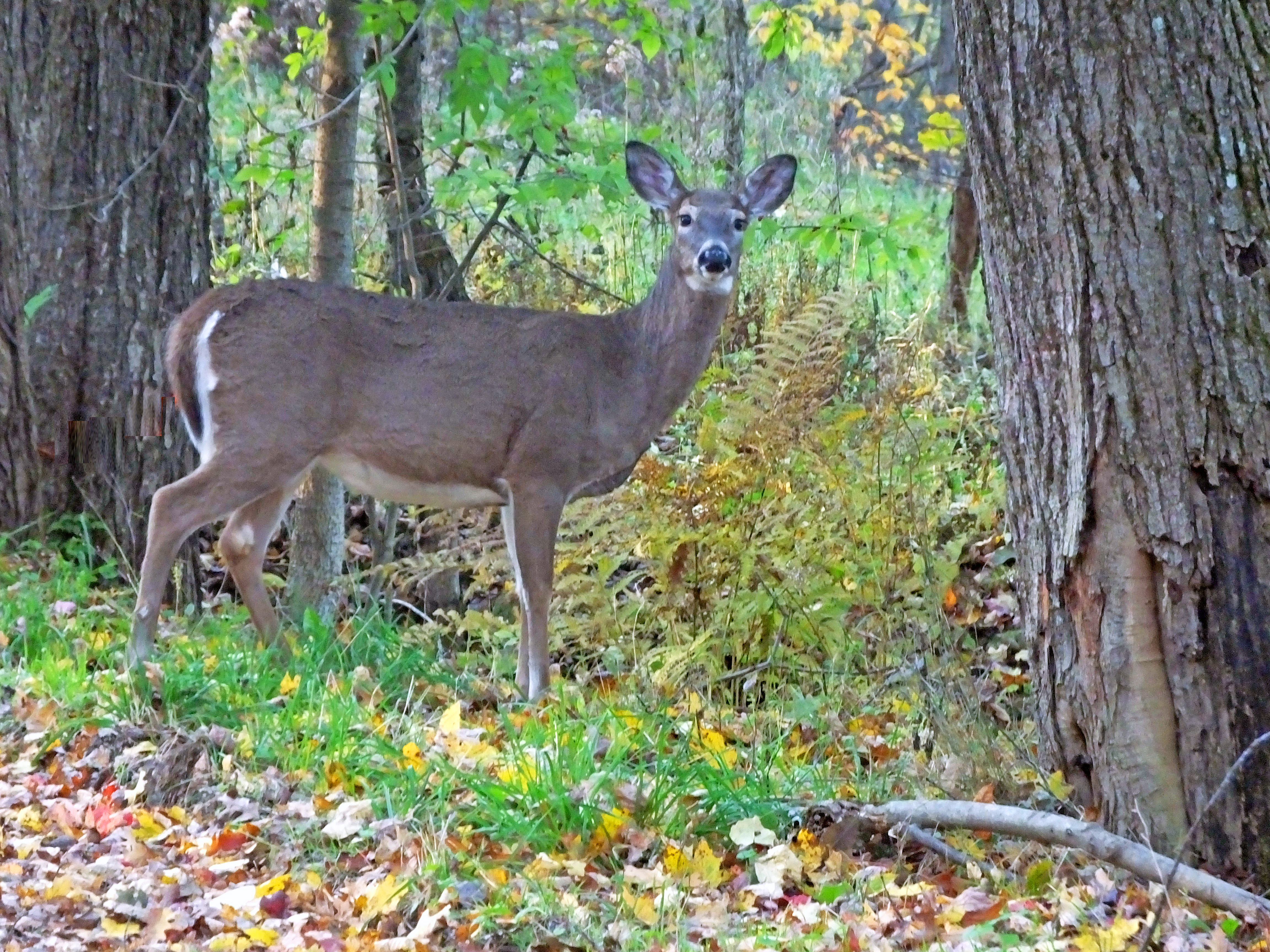 A little over 100 years ago the nation’s whitetail deer numbered about 300,000. In 2018, Pennsylvania and New York hunters harvested almost twice that number, and left plenty of deer in the woods. It’s almost a miracle that we help deer by harvesting deer, and that also helps all wildlife thrive.

It’s an annual harvest
Some people object to that word “harvest.” They’ll say, “Deer are not crops, you know! They’re living creatures and the word ‘harvest’ simply serves to hide hunting’s negatives.”

Whoa! Hold on a minute. We use the word “harvest” not to sanitize hunting, but because deer are a renewable resource, like corn, and wheat, and oak trees. And Jesus, I’ll remind you, talked about harvesting souls for his kingdom. I don’t think he was hiding any negatives.

I would argue that hunting has nothing to hide, and has no negatives. The truth is that without hunters, we would seldom see a deer. Those 300,000 that populated the entire nation more than a hundred years ago would have dwindled to nothing without hunters themselves providing funding for wildlife, demanding game laws, and establishing state game management agencies. Hunting as conservation is what brought deer back and helps all species, and that’s a very positive thing.

The positive role hunters play
Now that we have any possible negatives out of the way, it’s time for hunters to play their annual positive roll of controlling the deer herd. If it weren’t for hunters our cars would slam into more deer on the roads. Thanks to hunters deer will not eat themselves and other critters out of house and home. Thanks to hunters farmers will be able to make a living by providing agricultural bounty across the nation. And thanks to hunters the landscape will have room for more deer when the new crop of fawns is born next spring.

Every citizen, even those who are against hunting, needs hunters to do the indispensable job of removing surplus deer. It’s the circle of life.

Deer are abundant
The deer population is strong, deer hunting is booming, and hunters can largely thank themselves. Non-hunters should also thank hunters. Hunters have provided the funding and the conservation effort that have made deer so common that it’s almost impossible to take a 10 mile drive along rural roads and even Interstate highways without seeing some. At the turn of the 20th century seeing a deer was uncommon and if someone saw a deer it would make the newspaper. Today, every form of media trumpets the success of deer conservation and management.

If driving our roads is a way to gauge the deer population, most of us would say deer are very plentiful. Even if we don’t see any live deer out in the fields, we certainly have become accustomed to seeing dead ones lying along the roadways.

Without hunters, venison is wasted
Rather than tons of venison being hit by cars and wasted, how much better it is when each deer provides 30, 40, 50 or 60 pounds of lean, nourishing, organic red meat that’s low in cholesterol and absent of antibiotics and growth hormones? How much better is it when hunters bond with one another in ways they can’t on social media, and come away with stories to tell and experiences that will be remembered for a lifetime?

So, I’ll take hunting over any alternative, any day. And as we take to the woods in pursuit of deer let’s remember — besides harvesting our own local food and creating great memories, harvesting deer is a responsibility. No one but hunters will do it. This year’s New York firearms opener is Saturday, November 16, and the Pennsylvania opener is Saturday, November 30. Those who hunt both states, especially those with small families, have the potential of bring home more venison than they can eat.

Venison — a resource for everyone
Some people say hunters should eat everything they kill, but that’s impossible. If hunters killed only enough for their own table fare, we could not kill enough to control the prolific deer population and bring it in line with its available habitat. And if we do kill more than we can eat, we can help reduce the number of hungry people in our area. So, go ahead and kill more than you can eat and then share the meat. Make arrangements with someone to take a deer you kill. Maybe someone in your church, or another organization you are part of.

One of the solutions to hunger in our area is to convert food on the hoof to food in the freezer for needy families. Western New York has a great program for sharing venison with hungry people. Check it out before you go hunting. The website is www.foodbankwny.org, and New York’s Venison Donation Coalition is a part of it. Legally tagged and properly field-dressed deer can be taken to participating processors at no cost to the hunter. (And if you’re not a hunter, perhaps you’ll go to the website and make your donation in dollars.)

Time is short
With the firearms season beginning this weekend, you don’t have much time left to sight your gun and inspect your gear. You need to make sure you’re ready for any weather with the right clothing and footwear. You probably need a couple of boxes of ammunition, maybe a new pack is in order, or a new scope for your rifle or shotgun. Most hunters are ahead of the game, but every hunter always has last minute things to do.

The area’s sporting goods stores are busy, not only selling the gear hunters need but also providing a place for hunters to gather and swap stories. Support these stores. When you do, you’re supporting conservation because a federal excise tax is built into lots of what you buy, which is returned to your state for the conservation of all wildlife, not just deer. This is one way deer hunters support all efforts to make wildlife abundant and accessible in this country. It’s beyond question that wildlife conservation in North American has been more successful over the last 100 years than in any continent on earth. Again, thanks to hunters.

It can be a simple as taking your gun for a walk in the woods. With enough of us doing that ordinary, traditional activity, the positive effects reach far beyond our own little woodlot, the hunting stories we tell our buddies, and the antlers hanging on our walls. Good luck!

The Better to See You with, My Deer!