Fans of the Jamestown Rebels get excited whenever the hockey team scores. The first goal the Rebels score during their November 30 game will be more exciting than usual.

That’s because Jamestown’s first goal will be a signal for fans to throw teddy bears onto the ice in a promotion to benefit The Resource Center’s Marine Toys for Tots drive.

The event is called the Teddy Bear Toss, and this marks the fourth straight year it has taken place. Fans are encouraged to bring new, stuffed bears to throw onto the ice after the Rebels score their first goal. (If Jamestown doesn’t score during the first two periods, the Teddy Bear Toss will take place during the second intermission.) The bears will be collected and then given to Toys for Tots.

TRC officials are grateful the Rebels and Northwest Arena were willing to conduct a Teddy Bear Toss again this year.

“We’re so glad the Rebels and the arena wanted to do the Teddy Bear Toss again,” said Steve Waterson, community relations director. “Our community is very supportive of the Toys for Tots drive, and the Teddy Bear Toss is a great way to collect some toys while giving fans the opportunity to have fun by throwing teddy bears onto the ice. We appreciate the players and coaches being willing to delay play for the Teddy Bear Toss and then help collect the toys.”

“The Rebels are pleased to once again team up with The Resource Center for our annual Teddy Bear Toss night. Having this promotion is a wonderful way to bring the community together to support the Toys for Tots drive and the children of Chautauqua County. We couldn’t be more excited for this night.” said Tommy Gerace, director of community relations.

The Rebels’ opponent will be the Johnstown Tomahawks. Game time is 7:05. Gerace noted that fans will receive a discount on their ticket purchase if they bring a stuffed animal to throw onto the ice. He said more information can be found at www.rebelshockey.us.
While fans of the hometown team likely want Jamestown to score lots of goals, Waterson said he hopes the Rebels don’t score as quickly as they did at last year’s Teddy Bear Toss game. In that contest, the home team scored about 90 seconds into the game, and because the first goal occurred so soon some late-arriving fans missed the Teddy Bear Toss.

Waterson noted the popularity of the Teddy Bear Toss, saying that more than 1,100 people attended last year’s game, including hundreds of TRC employees and their families. About 400 stuffed toys were collected during last year’s game, and he thinks this year’s Teddy Bear Toss will be even more successful. Waterson said each toy donated is needed, and this was especially true last year when TRC experienced a greater than 20 percent increase in the number of children and families seeking assistance through the Toys for Tots program.

This marks the 19th straight year The Resource Center has coordinated the Marine Toys for Tots drive in Chautauqua County. Last year a record 3,213 local children received toys. People interested in applying for toys should do so online at www.jamestown-ny.toysfortots.org. The application deadline is December 9.

For more information about the toy drive, phone Terri Johnson at 661-1433. 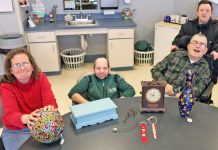 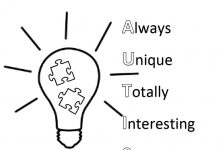