At long last, the mascot for the Jamestown Community College Jayhawks has a name.

Students at JCC recently voted to make JJ the Jayhawk the official name of the mascot for the Jamestown Campus. The name narrowly beat out fellow finalists Jay and Hawkeye in a campus-wide vote. Over 150 JCC students and community members submitted ballots or voted over the college’s various social media channels (@sunyjcc).

From start to finish, the selection process was almost entirely student-driven. At the beginning of the semester, JCC sent out a call on Facebook and Twitter asking students to submit their suggestions for what JCC should name the Jayhawk. The college received over 50 suggestions. Some of the more unique ideas included Beaksley, Wingsmore, and Vin Diesel.

The final vote was extremely close, with fewer than 10 votes separating the finalists. In the end, though, JJ emerged as the winner.

A similar process was followed on the Cattaraugus County Campus, where students chose Jax as the new name for the Jaguar. 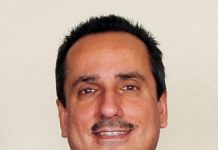