Most people enjoy going to work to get away from the family. Dan Schutt goes to work with his family. “It’s pretty cool, I’ve worked my whole life with my dad,” Dan said. “And now my son’s here, I’m going to work my whole life with my son.” He’s also got his son-in-law, his nephew, his cousin and his sister, who all work together to run Schutt’s Saw and Mower, the business that was started by his grandfather four generations earlier.
Dan’s grandfather Clare went to work every day at Art Metal, where Cummins is now located. Every day he showed up for work until the factory went out of business. With the need for income, Clare answered a magazine ad to sell chainsaws, despite the fact that he knew nothing about them.
“That was when chainsaws were new,” Dan explained. “He didn’t even know what they were, but he answered the ad…He started selling chainsaws in his house.” Unfortunately, the neighbors were not too keen on the work he did with the chainsaws at night. The time had come to move out of the house.
“He rented a small shop in Falconer,” Dan said. “And my dad at that time quit his job and went to work for him.” A year later, Dan’s uncle Vern also joined the crew, and the team of three built up the saw and mower shop.
The shop moved and expanded several times before it landed at its current location on Hazeltine Ave in 2000. The store boasts a display room lined with lawnmowers, tractors, ATVS, snow blowers and snowmobiles, and has a garage space for repairs.
“We service everything we sell,” Dan promised. “You’re not just buying the product, you’re buying someone who will take care of that for you.” Dan and his cousin Denny learned from their parents how to fix their products, and now they pass that knowledge on to their own children.
And they’ve been doing it for a while, too. It was in 1976, at the ripe age of fourteen, that Dan and Denny first stepped into the family business. But Dan never wanted to work anywhere else.
“I realized at a very young age that this is what I wanted to do,” Dan said. From the time he came to work at Schutt’s, Dan knew he wanted to run the business. He watched his grandfather work and began to come up with his own ideas. Even though he and his grandfather didn’t always agree, it was him that his grandfather asked to run the business when he retired.
Dan doesn’t do it alone; his sister Julie and his cousin Denny are a crucial part of the team. “We all do our own thing…and that’s why it works,” Dan explained. He manages the sales and inventory, Julie manages the office and Denny takes care of the service area. “We three have been running it since 1998.”
Dan loves the fact that he gets to work with his family every day. “It’s like being at home almost,” he said. He hypothesizes that many family businesses do not succeed because of arguments and family feuds. “We just get along, we just know how to put differences aside and let them be as they are,” he said. “We have a common goal…We’re just here to do the best we can to serve people who come in here.”
Schutt’s Saw and Mower is located at 301 Hazeltine Ave. in Jamestown and is open Monday, Tuesday, Thursday and Friday from 8:30 a.m. to 6 p.m. and on Wednesday and Saturday from 8:30 a.m. until noon. Look up their website at schuttssaw.com or call at 716-664-3090. 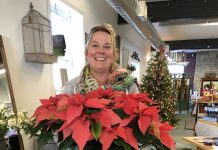 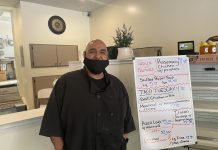 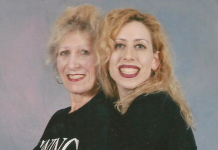