Landscaping, porch repairs, painting, sidewalk replacement and many other projects will soon be underway in Jamestown’s neighborhoods as part of the Jamestown Renaissance Corporation’s fourth annual Renaissance Block Challenge.

Seven clusters of neighbors are participating in the program this year, with properties located on Dearborn St., Durant Ave., Ellis Ave., Lakeview Ave., Newton Ave., W. 18th St., and in the Forest Heights neighborhood. The seven groups, which include 97 property owners and a mixture of owner-occupants and landlords, applied to the program earlier this year and were selected from among 12 competing groups.

The Renaissance Block Challenge gives participating property owners access to matching grants of up to $1,000 to complete a wide range of exterior improvements and represents a part of neighborhood revitalization efforts coordinated by the JRC. Since the program’s inception in 2011, it has assisted nearly 150 property owners in 15 clusters with almost $400,000 in exterior renovations.

According to Mary Maxwell, the JRC’s Neighborhood Project Associate, the purpose of the program is two-fold. “We want to support exterior improvements to clusters of homes in order to boost curb appeal and build stronger blocks. But we also want to see people working together to improve their neighborhoods and address problems proactively,” she said. Competing clusters were required to have at least five participating property owners to maximize the program’s impact.

In their applications, participants outlined exterior improvements they wish to complete this summer and skills they can bring to projects in their cluster. Each cluster was also asked to describe how they would use the program to strengthen communications between neighbors and celebrate progress in their neighborhoods.

DEARBORN STREET, located on the south side of town, is tucked between Newland and Hazeltine Avenues on a beautiful brick street. This cluster has a great deal of pride in their properties and considerable residential longevity. Recently designated as one of Jamestown’s newest Neighborhood Watch Areas, Dearborn is working with the city to address some of their neighborhood concerns.

DURANT AVENUE is continuing the momentum started by last year by a Renaissance Block on nearby Hotchkiss Street. A one-block street located on the north side of town, Durant is a busy pathway to Jamestown Community College (JCC) used by both students and JCC employees. Fireworks from the Jamestown Jammers’ games light up the night sky on summer evenings.

ELLIS AVENUE is located on the west side of town just across the Third Street Bridge and within easy walking distance to Lincoln Elementary School. With an annual block party and a neighborhood garage sale already in place, residents have plenty of opportunities to meet neighbors and get to know each other better. Doug Nordwall says, “It is almost impossible to walk down the street without having the opportunity to stop and chat.”

The group on NEWTON AVENUE, located on the north side of town, has created a logo (by Nick Trussalo) and chosen “Re-Vitalize, Re-Juvenate, Re-New” as their slogan. Their mission is to “re-new all of Newton Avenue from Lakeview to Buffalo Street.” They plan to participate in Hands-On Jamestown, create a Neighborhood Watch group, and plant flower rings around their terrace trees.

WEST 18TH STREET is the first successful cluster on one of the city’s numbered streets and has the potential to create momentum in this northern part of the city. This cluster sent in several personal testimonies from residents of the street, including a resident who has lived there for 57 years. This cluster plans to continue their tradition of having a summer block party. There is also interest in starting a community garden.

FOREST HEIGHTS is a well-established neighborhood group that participated in the 2012 Renaissance Block Challenge. Located on the south side of town, this neighborhood is defined by their Neighborhood Watch group boundaries. The Jamestown Chapter DAR House, Heritage Village Rehab and Skilled Nursing, and the Fenton History Center are all participants in this cluster. Monthly meetings are held and the 3rd annual block party is being planned for August to celebrate improvements in the neighborhood. There is a strong sense of community involvement with many members participating in and providing volunteers for National Night Out, Hands on Jamestown, the Great Jamestown Sauce-off, the Chalk Walk, Jamestown NOW and the Lucy Fest 5 K Walk/Run. This cluster also organizes a monthly litter and trash pickup of Fenton Park and vacant property lots within their neighborhood.

The LAKEVIEW cluster has been spearheaded by the Lakeview Avenue Community Action Project (LACAP), a group that has met monthly since 2011. This group is active in many community activities including Hands On Jamestown, Neighborhood Watch, and was involved with the initial formation the Jamestown Neighborhood Alliance (JNA). They have a web site and have begun an annual garage sale.

Throughout the summer, progress in the seven clusters will be highlighted on the JRC’s Facebook page and Web site (www.jamestownrenaissance.org), where instructions for the 2015 Renaissance Block Challenge will be posted next January. 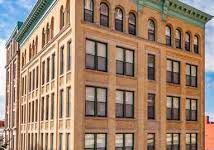