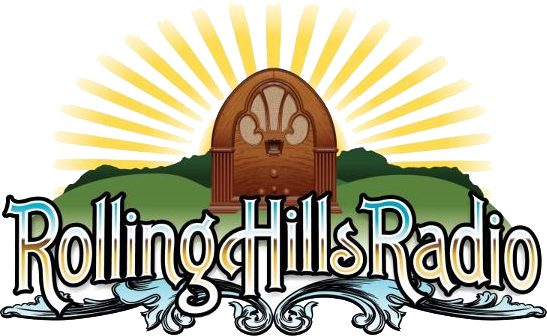 Ms. Legere has recorded seventeen album and her latest, the 2017 album, Heart of Love, went to #18 on the National Roots chart. She has had over a million views of her videos on Youtube. She toured as opening act for David Bowie on his 1991 National Sound and Vision Tour. Her association and friendship with Hunter S. Thompson resulted in lots of interesting situations and works, incuding a touching tribute to him at his funeral. Phoebe has appeared on NPR, CBS Sunday Morning, ABC, NBC, PBS, and more.

Ms. Legere has received great reviews almost no matter where she has performed.

“A charismatic showman who works the audience with the razor edged skill of a veteran comic poking, teasing, and caressing it with clever turns of phrase both musical and verbal…she brings to her vocal delivery a four and a half octave range, and an extraordinary palette of tonal color and meticulous phrasing.” New York Times
“Gorgeous, blonde bombshell with a dynamite body, a magnificent voice, a wild sense of humor…(She) can play four or five instruments and challenge every premise you might have about her as she zips through her set – her song selections are impeccably chosen. (She has) a dazzling voice – a superb singer miles above most of the jazz stars of today …a comic mind…She turns excess and extravagance into an art form and anchors it with stunning simplicity.” New York Post

Ken Hardley, Rolling Hills Radio Host said, “We have never had anyone like Phoebe. You can’t find performers like this just anywhere. I expect our live audience to walk out of this show dazed and amazed – in a good way.”

Ms. Legere will bring her band, the Crawdiddies, with her to Jamestown.

Formed in the small community of Fillmore, New York by songwriting brothers Matthew and Nathan Corrigan, Tough Old Bird plays modern folk music that reflects the landscape it comes from.

Since its formation in 2013, Tough Old Bird has released three full-length albums and two EPs, and has taken its music to coffee shops, listening rooms, music clubs, dive bars, campgrounds and front porches across the United States. On June 28th, 2019 the brothers released a new full-length album produced by Brent Martone. Featuring 11 new songs recorded in Buffalo, NY, “The Old Great Lakes” is a culmination of musical ideas that have gathered over years of writing and recording. The new album expands the bands’ horizons past the traditional folk music they had become known for. These new stories and settings, most of which take place along the battered shore line of the rust belt and their newfound home in Buffalo, warranted a new environment to live in.

The core of Tough Old Bird’s sound comes from Matthew Corrigan’s intricate acoustic guitar work, and from the voice and nimble harmonica playing of Nathan Corrigan, who holds a degree in literature and brings a poetic sensibility to the duo’s lyrics. Accents of accordion and waves of electric guitar give Tough Old Bird a sound that is at once modern and ancient.

“The duo of Matthew and Nathan Corrigan draw influences from traditional folk music that maps out dusty and sepia-tinted landscapes with its songwriting, as well as the modern context of rust belt melancholia… they possess the inherent sadness of Iron & Wine’s songwriting, the intricate guitar licks of Milk Carton Kids, and the persistent dancing banjo of the Avett Brothers.” – Buffablog

All live RHR regular season shows take place at Shawbucks, across from Jamestown’s Ice Arena. Doors open — to all those holding or purchasing tickets — at 5:30pm for the “Rolling Happy Hour.” Food and drink are available until 6:15 at which time audience members take their seats and the house lights dim. Audio and video recording begins promptly at 6:30. The bar reopens for 10 minutes at intermission and then again after the show when the audience and performers are invited to a “Meet and Greet.”

There are three options for purchasing tickets; Until the show is sold out, tickets are available at the door the night of each show. If you choose, you can call the Rolling Ticket Hotline at (716) 294-0416. Tickets are also available online at rollinghillsradio.org/tickets. Tickets are $15.00.

This project is made possible with funds from the Decentralization Program, a regrant program of the New York State Council on the Arts with the support of Governor Andrew Cuomo and the New York State Legislature and administered by Tri-County Arts Council.