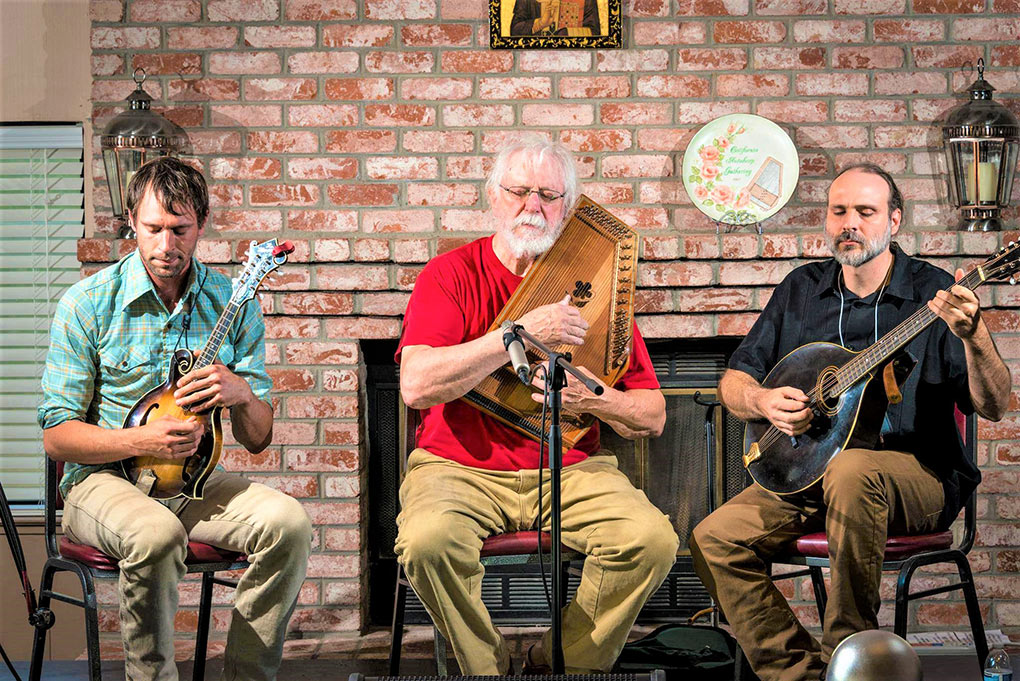 On Monday, January 21 at Shawbucks in downtown Jamestown, NY, Rolling Hills Radio will present Bryan Bowers Band.
For over five decades, Bryan Bowers has been to the autoharp what Earl Scruggs was to the five-string banjo. He presents instrumental virtuosity combined with warmth, eloquence, expression and professionalism.
Master of the Autoharp, singer/songwriter/storyteller, Bryan has teamed up with two multi-talented musicians, Danny Knicely (world class Virginian mandolinist, guitarist, and mandocellist) and Geoff Goodhue (New England based singer and multi-instrumentalist) to create American folk and mountain music at its finest.
Says Rolling Hills Radio host, Ken Hardley, “Having Bryan on this show is an honor and a privilege. He
was in town a while ago to do the show and, like so many other musicians, found the city of Jamestown welcoming, pleasant, and comfortable. That’s clearly one of the reasons he was happy to come all the way from Seattle to join us again.”
Well into its ninth season, Rolling Hills continues to grow in popularity, as evidenced by more stations broadcasting the show and an ever-growing live audience. “People keep coming, in part because they trust that we will have first-rate artists, whether they have heard of them or not,” according to Hardley.
“Of course, Bryan Bowers is an autoharp hall-of-famer who has played with the Greats and lots of people have heard of him. This is an unusual opportunity for us to see an astounding musician and legend who rarely comes East.”
He will be accompanied by his band, including another man who has been to Jamestown to appear on Rolling Hills, noted sideman, Geoff Goodhue.
All live RHR shows take place at Shawbucks, across from Jamestown’s Ice Arena. Doors open — to all those holding or purchasing tickets — at 5:30pm for the “Happy Rolling Hour.” Food and drink are available until 6:15 at which time audience members take their seats and the house lights dim. Audio and video recording begins at 6:30. The bar reopens for 10 minutes at intermission and then again after the show when the audience and performers are invited to a “Meet and Greet.”
As always, there are three options for purchasing tickets; Until the show is sold out, tickets are available at the door the night of each show. If you choose, you can call ahead at the Rolling Ticket Hotine (716) 294-0416. Tickets are also available online at http://www.rollinghillsradio.org Tickets for the January 21 show are $25.00 each.