Roger was employed for 27 years by the City of Warren with the Department of Public Works, retiring in 1991 as a Supervisor. Prior to that he was employed with the Warren Police and Fire Departments for 10 years.

He was preceded in death by his wife, Carolyn Johnson Sorensen (whom he married on June 25, 1948); his son Andrew (Rebecca) Sorensen of Anchorage, Alaska, and his grandson; Zachary Sorensen; also a brother Norman Sorensen; and a sister Marcia King.

He was a devoted Christian and his greatest joys were his wife of 68 years, his family, deer hunting, woodworking, carving caricatures, and generously offering his time to anyone who needed his considerable handyman abilities.

Services will be held on Tuesday, January 12 at the Peterson-Blick Funeral Home in Warren, with visitation at 11:00 and the funeral at noon. Burial will be at Thompson Hill Cemetery, Russell, Pa.

In lieu of flowers, memorial donations may be made in memory of Roger and Carolyn Sorensen to the Henry R. Rouse Legacy Society, at the Rouse Home, 701 Rouse Ave., Youngsville, PA 16371.

Those wishing to make online condolences may do so by visiting www.petersonblickfuneralhome.com 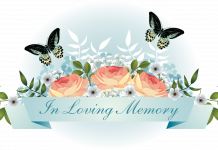