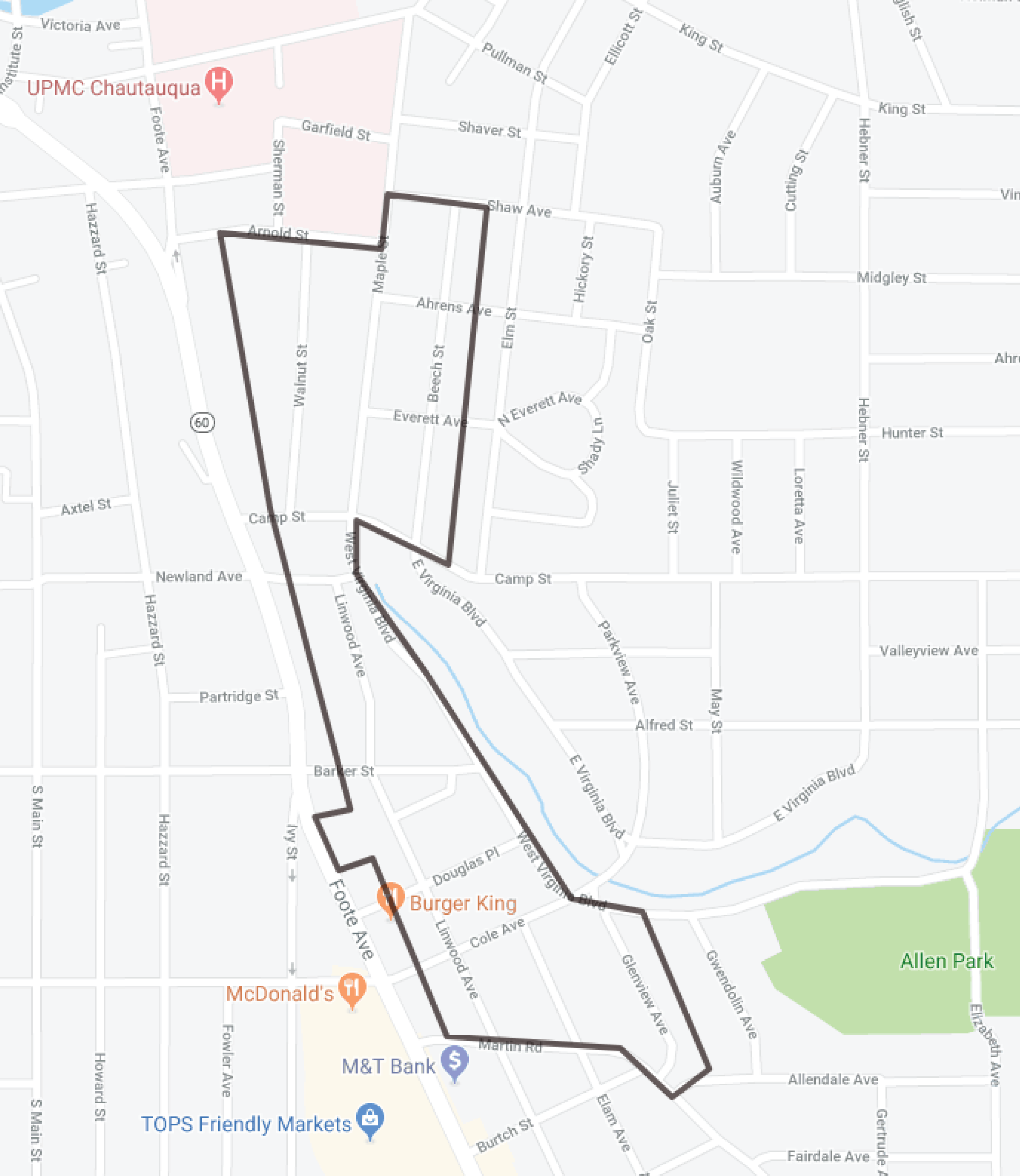 This study suggests that city officials focus on four areas of the city for housing revitalization. The four areas include the north side of the city around Lakeview Avenue area and North Main Street; the west side around Fairmount, Hall and Livingston avenues; the south side around Hazeltine/Forest avenues; and the south–east side around Allen Park and UPMC Chautauqua WCA along Foote Avenue.

“These four areas have been identified as having the most potential to maintain strong or improving markets where they exist and to transform general attitudes about the city and its neighborhoods,” said Mary Maxwell, Neighborhood Project Manager. “These areas sit in transitional zones between strong and weak areas where the RBC will pay off.

After many discussions with community partners, including Chautauqua Opportunities (COI) Chautauqua Home Rehabilitation and Improvement Corporation (CHRIC), the Land Bank of Chautauqua County, the City of Jamestown, and local foundations, the decision for the 2019 target area has been decided. The target area chosen is the south eastside area around Allen Park and UPMC Chautauqua WCA along Foote Avenue.

“Forming partnerships will be the key,” said Randy Sweeney, JRC Neighborhood Committee Chair. “It will be important for JRC officials to continue working with community partners when it comes to implementing the RBC 2.0 housing rehabilitation program.”

Len Faulk, JRC board member and former co–president of the JRC board, said the study suggests that $285,000 should be invested during the next five years in the Allen Park and UPMC Chautauqua area, which, according to the study, is on the outskirts of some of the best housing in the city. He said the czb study also suggests that homeowners in this area of the city have deferred funds that could go toward housing maintenance. He added JRC officials are still working on how to implement the new Renaissance Block Challenge program.

“We need to find a creative way to do it,” he said. “The city will only survive if the middle–market housing survives.”

Information and applications for the new program will be advertised soon.

The Renaissance Block Challenge encourages groups of neighbors to collaborate on exterior improvements to their properties in order to boost confidence in Jamestown’s neighborhoods and inspire others to reinvest.