“The only thing that you absolutely have to know, is the location of the library.”
~Albert Einstein

Over 450 people a day visit the James Prendergast Library, they know where it’s located! On December 21, 1879, James Prendergast, 31, a prominent lawyer and grandson of the founder of Jamestown, unexpectedly died following surgery in Buffalo, NY. He had begun to write a will, but it was not complete when he died. While arranging James’ business affairs, his business partner, Eleazer Green, discovered a memorandum that James wished the income from his business interests, the Prendergast block, now the Lucille Ball-Desi Arnaz Museum, be used to establish a free library in Jamestown. On January 1, 1880, eleven days after his death, it was announced that James’parents, Alexander and Mary Prendergast, had already taken steps to ensure that their son’s wishes would “be carried out to the letter.” On January 29, 1880, the James Prendergast Library Association of Jamestown, New York, was established by special act of the New York State Legislature. The act was signed into law by Gov. Alonzo B. Cornell. Eleven years later the library opened with 7,555 books and other materials in the collection. James Prendergast’s desire to have a free library was an idea ahead of its time. As was noted by the Association’s second librarian, Mary Emogene Hazeltine, “There were no free libraries in the 1870’s, as the movement for free circulating books did not even begin until 1876, was barely underway in 1893, and did not gain much head-way until 1900. For this reason, the memorandum found in James Prendergast’s desk, perhaps written as early as 1876 when he built the Prendergast block, proves him to have been a man ahead of his time.”

The Library is still open to anyone to use, resident or non-resident, adult or child, citizen or non-citizen. It welcomes everyone. Where else can you find the variety of materials and programs the Library offers for free in Jamestown? The meeting rooms at the library were used 1,714 times last year – free for non-profit groups and a $50 donation for a for-profit business. The Makerspace, which opened in the fall of 2017 has introduced over 8,500 parents and children to science and technology focused programs.

The name is misleading: James Prendergast Free Library. It is free for the users. Someone or something is paying the salaries, utilities and buying the materials. Over the century, funding models for libraries have changed. Libraries across New York State receive state monies for their construction needs and collections, which by the way, cannot be mixed together. “New York State Libraries are supported in a small part by state tax dollars. However, they are to supplement the library’s total funding, not to be a sole support. That is why the State wants to see local taxes directly support community libraries,” said newly appointed Executive Director Anne Greene, “that in no way takes away from the wonderful generosity of our donors who have really come through for us in the past few years.” The Library staff has held a series of ongoing Community Conversations since November to keep the community informed about what is happening at the library and to get their thoughts on how to find sustainable funding and to improve the Library. The next Community Conversation is February 26, 2020 at 5:30 PM. Bring your ideas and ask your questions.

The City of Jamestown is facing any fiscal challenges which is why tax dollar support for the Library dropped from $350,000 in 2017 to $50,000 by 2018. In a WIVB report, Jamestown Councilman Brent Sheldon said, “the state sets a tax cap on what we, as a city, can tax the taxpayers and because we’ve reached that tax cap every year, for the last couple of years we can’t increase revenues anymore.” That change triggered a change in State level support to the Library because they provide services to other libraries in the Chautauqua-Cattaraugus Library System. This year the Prendergast will lose another $111,000 from the State, via the Chautauqua-Cattaraugus Library System, because of the City’s decrease in funding. Olean Public Library is the other central library for the 2-county system, and it will not lose any support because its community voted in tax support in the early 1990s. Again, it shows that if the community does not directly support its Library, why should the State?

Libraries are partnering every day with other education programs and community agencies. In any given week the Prendergast works with adult and child education programs such as BOCES, Striders, and the local school districts. Over the summer, 1,000 children routinely sign up and succeed in the Summer Reading Program, and they can also have lunch through a Federal Summer Lunch program. Every day after school and on Saturdays, between ten and thirty elementary and middle school age children are using the library computers, makerspace (where they teach STEM programming) and children’s room. The afterschool children are offered a healthy snack, donated by a local ministry, because they come directly from school to the library and stay until the library closes at 8:30 PM. If not for many local foundations and private donations these children would not be able to hang out every day in the safety of the library.
What Happens in the Library?

In 2018 the library computers were used 40,000 times and over 233,000 books, magazines and DVDs were borrowed. Charlie, a 40-year long regular user of the library, said, “I work a split shift and I come here three times a week. It’s a comfortable, relaxing place to come. I read the papers, look at a magazine, or pick up a book. It’s restful.” Charlie pointed out that this day he picked up a book about Kobe Bryant. Other users were watching TV, chatting, doing a jigsaw puzzle, working on the many public computers and picking out DVDs. Libraries have changed. They are not just about books anymore. They are the place you apply for a job online when you can not afford the Internet at your home or you don’t have a computer. The U.S. Census Bureau reports (for 2014-2018) in Jamestown that 17% or 5,100 people (based on a population of 30,000) do not have Internet access in their homes.

Some examples from the staff of what they helped with in just one hour of one day:

help for writing and submitting a resume online
finding and sharing 2019 tax information
finding collection materials, especially in the reference section such as the city directories
teaching how to search for something on Google.
Assisting a student looking for all the information she could find online concerning the
19th Amendment for a school project
assisting children and their parents with finding children’s books on everything from pirates to Pippy Long Stocking to Minecraft.

Ms. Greene and the professional staff at the Library are concerned about the growing digital divide in Jamestown. “Being digitally connected is very important for continued economic, educational and social advancement in our society,” says Greene, “without a place for our neediest community members to connect to the Internet we increase the gap in all areas. Libraries provide a safe, helpful place for people to work on improving their lives.” The Prendergast Library is focused on providing the connections to decrease the digital divide gap.

As Executive Director of the Prendergast, Ms. Greene, leads the management team. She is a Jamestown native, who graduated from Jamestown High School and Jamestown Community College. She went on to earn a Bachelor of Social Work from SUNY Fredonia and a Master of Social Work from the SUNY at Buffalo. All the while raising a family. She was hired at the Prendergast in 2007 where she was inspired to earn her master’s in library science online from the Texas Woman’s University. “I loved helping people and finding information, so I studied for my MLS (Master of Library Science),” said Ms. Greene.

Ms. Tress Williams is the Library Manager. She manages the day-to-day operations. Ms. Williams holds a Bachelor’s in Journalism and English from Syracuse University and a Master’s in English and Library &amp; Information Science from University at Buffalo.

The latest member of the team is Jennifer Champ. Ms. Champ just joined the staff of the library in December. She is responsible for assisting Ms. Williams and Ms. Greene. Ms. Champ is experienced in marketing, graphic design, grant writing and education programming. She holds a Bachelor in English and a master’s in history from SUNY Fredonia.

How Can the Library Help?

Greene and her team are excited to reach out to the local community leaders to find out what they need to continue to be successful. “What services and or educational programs do they need to help their employees or customers? Where are the gaps and how do we begin to solve the problems?” said Greene. That is her ongoing message to the community: How can the Library help?

The Prendergast Library is a community treasure. A community without a Library cannot grow and prosper. Libraries are important cornerstones of a healthy community. I encourage you to stop into the Prendergast and see all they have to offer. You might be surprised!

[Note: Ms. Blackman is also a member of the James Prendergast Library Association Board of Trustees.] 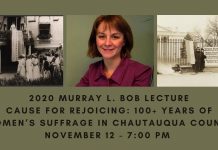 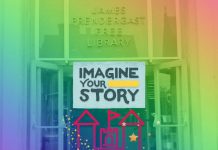 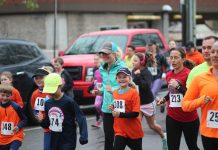