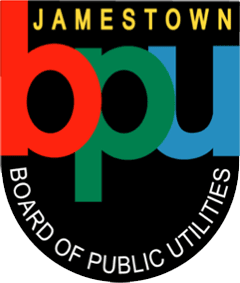 Residents in the Jamestown Board of Public Utilities’ (BPU) electric territory are reminded that attaching signs to utility poles is prohibited by the Jamestown City Code and by the New York State Penal Law.

The Jamestown City Code states, “Nor shall any sign be attached to trees, public utility poles, rocks or other parts of the natural landscape…”.

Further, it is a violation of New York State Penal Law Section 145.30 to post an advertisement on property of another without being granted a right to do so. For safety reasons, the BPU does not grant the right to any person or entity to place advertisements on its utility poles.

According to BPU officials, posting signs on utility poles will result in removal of such notices.

Placing signs on utility poles also creates a hazard to workers. When climbing or working on poles, BPU linemen and other utility workers can be injured by staples, tacks and nails used to hang posters and flags. In addition, signs may impair or cause confusion of vehicular traffic.

Complaints about any unauthorized postings on utility poles may be made to BPU Customer Service at 661-1680.