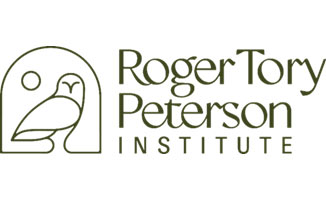 An in-person and online event

The Roger Tory Peterson Institute will host a discussion on the recovery of ospreys in New York State as part of RTPI’s The Art of the Osprey exhibition. The discussion will take place on Wednesday, June 30 at 7:00 p.m., both online and in-person at RTPI, located at 311 Curtis Street, Jamestown, NY. Participation online via Zoom and in-person is free. The discussion immediately follows RTPI’s weekly Art After Five event from 5:00 to 7:00 p.m. that evening. To register to attend either in-person or online, email RTPI at events@rtpi.org.

Candace E. Cornell, a retired biologist from Cornell University and the Cornell Laboratory of Ornithology, will discuss the rapid and ongoing recovery of ospreys in the Finger Lakes region of New York. She has been studying the ospreys nesting on Cayuga Lake since they first bred in Ithaca in 2010.

“For the first time in well over one hundred years, if not more, ospreys are colonizing the Finger Lakes in the heart of New York State with the Cayuga Lake Basin at its core,” Cornell said. Ospreys, a global species, had been missing from the region and were nearly driven to extinction by the widespread use of DDT during the middle decades of the twentieth century.

“Roger Tory Peterson absolutely loved ospreys and told people that they were a key reason he moved to Old Lyme, Connecticut,” stated Arthur Pearson, CEO of RTPI. “Roger had studied the effects of DDT on animals for the Army during World War Two and testified before the Senate in the 1960’s advocating for the banning of DDT even before the science was settled regarding DDT’s dangers.”

In the early 1970’s, the Nixon administration created the Environmental Protection Agency, passed the Endangered Species Act through Congress, and banned the use of DDT. Ospreys began to recover within a few years after the banning of DDT and all of the osprey populations at that time were close to the Atlantic coast.

Cornell has been surveying osprey population growth and reproductive success throughout the Cayuga Lake Basin and surrounding Finger Lakes since that first nest was founded in 2010 and has seen tremendous growth in the population. “In just twenty years, the population has gone from 9 breeding pairs to nearly 150 pairs. The population is now expanding to four other Finger Lakes,” she stated.

Ospreys have become a key part of Cornell’s retirement. She runs an osprey nest camera, blogs and writes articles about ospreys, and advocates for them in interactions with humans. She created the Cayuga Lake Osprey Trail, an interactive map showing the location of over 100 nests in the Cayuga Lake area for the public to view. Candace also gives public osprey and bird tours aboard the M/V Teal cruiser for the educational organization Discover Cayuga Lake.