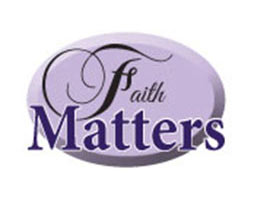 Like many of you I’ve been watching the news unfold around the tragedy in Charlottesville in disbelief. Part of my disbelief is how blind I was to it in the first place. The day before a friend was visiting from Virginia. He mentioned he had to leave early enough the following day so that his wife could go to Charlottesville for an anti-protest. “Anti-protesting what?” I thought. He told me groups of neo-Nazis, Klans, and other alt-right movements were heading to the city for a “Unite the Right” March, and many people who opposed those groups were rallying against them. I had two thoughts. First, how are there still neo-Nazi movements?! And second, how are they dumb enough to publically displace their backwards and ignorant beliefs?!

Then it all happened. The torches. The signs. The symbols. The violence. The crash. The death. And yet the most shocking part of it all to me was still the response.

“We condemn in the strongest possible terms this egregious display of hatred, bigotry and violence on many sides. On many sides.”

Those three words: On. Many. Sides. Bearing so much weight he put them at the end of his sentence and felt the need to repeat them. And he hung them there to either excuse the behavior of the alt-right or perhaps, and far worse, to justify it. I’ve heard other people say since things like, “We can disagree, without hate and no violence.”

So again, the torches. The symbols from another place and time. The violence. Yet still the most upsetting part of it all is the response.

Here’s the truth. We can disagree. We can disagree about tax policies, sport teams, and even whether or not you should spank a child. But there are something things we cannot disagree on. And the value of human life is damn near the top of that list. “There is no longer Jew or Greek, slave or free, male and female” (Galatians 3:28). Scripture teaches us that our ethnicity, citizenship, and sexuality do not define or divide us. Clothed in Christ and made in God’s image we are one and we are each valued and prized. You cannot argue otherwise. You cannot disagree about that.

And if you do, prepare to meet opposition. And yet, instead of opposing that kind of thought, the leader of a nation built on principles of liberty and justice who has exercised opportunity after opportunity to ensure them throughout time and around the world, sought to excuse ignorance and hate by displacing blame. He chose words that would allow for the perpetuation of racism as long as they also perpetuated his popularity. And he will not change unless we allow that plan to backfire.

How does a scene out of the 1940s in Germany or the 1960s in the US appear in Charlottesville in 2017? How could I, until my friend told me he had to head home, be so in the dark? And that, by the way, is my sin. I confess it, and with God’s help I repent of it. Since Trump’s election I have remained predominantly quiet regarding our president and his beliefs, but today I can be silent no more. Too many people have been victims of hatred. Too many people have sacrificed fighting it. And too many people still live under oppression today.

As children of God we all have one thing in common, our humanity. The 1st amendment does not allow for the silencing of voices that dispute that. So we must stand up against it. I’m looking at you, Mr. President. And I’m looking in the mirror. I hope we all will.

Let Those Who Have Ears Listen