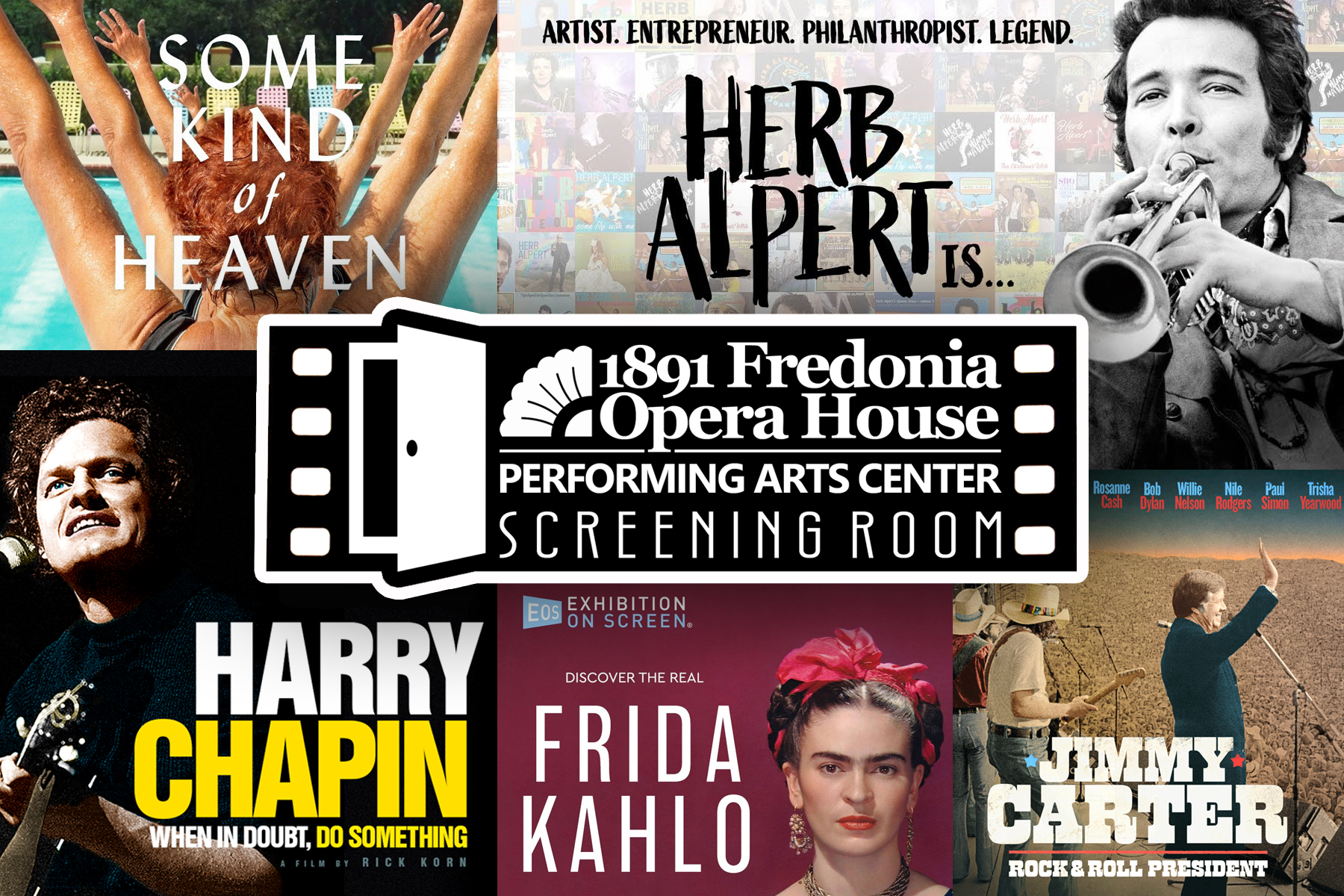 The 1891 Fredonia Opera House Performing Arts Center this week launches a newprogram to provide movies and other digital programming to its patrons in the wake of the continued COVID restrictions which prevent the theater from opening.

The Opera House Screening Room will offer patrons access to current independent films through a special partnership with selected film studios. It debuts this Fri., Jan. 15. Patrons access films through links provided on the Opera House website and generally can view the films, once purchased, for up to 72 hours. The cost of accessing the majority of the films ranges from $4.99 to $12 per household, depending on the film. The revenue generated from the ticket purchase is shared by the Opera House and the film studios.

“We know that our patrons are particularly fond of our Cinema Series, so until we can bring people back in to the theatre for the series, we’re making movies available to patrons at home through this new effort,” says Opera House Executive Director Rick Davis.

The first batch of films includes Harry Chapin: When in Doubt, Do Something; Jimmy Carter: Rock & Roll President; Some Kind of Heaven; and Herb Alpert Is… These will be available for viewing Jan. 15 – 29. All of the films offered are independently produced; a majority are documentaries, foreign films and “art house” films.

In addition to films, the Opera House Screening Room also will include digital art exhibitions like those presented previously in the Opera House’s Art & Architecture On Screen Series – Frida Kahlo, an exploration of the life and work of the celebrated Mexican artist, will be part of the first batch – and recorded illustrated lectures similar to those presented as part of the Chautauqua County History Series, Davis adds. Some recorded lectures may be free, although donations are appreciated.

“We also are working to offer live Q&A sessions with subject matter experts and filmmakers via Zoom following some of the programs.”

Patrons are able to view the films on nearly any mobile device, smart TV, laptop or computer. Customers who
wish to cast the films to their TVs may do so via AirPlay and Chromecast enabled devices; there are also dedicated Eventive apps available on Apple TV and Roku.

The 1891 Fredonia Opera House is a member-supported not-for-profit organization located in Village Hall in downtown Fredonia. For a complete schedule of events, visit www.fredopera.org .