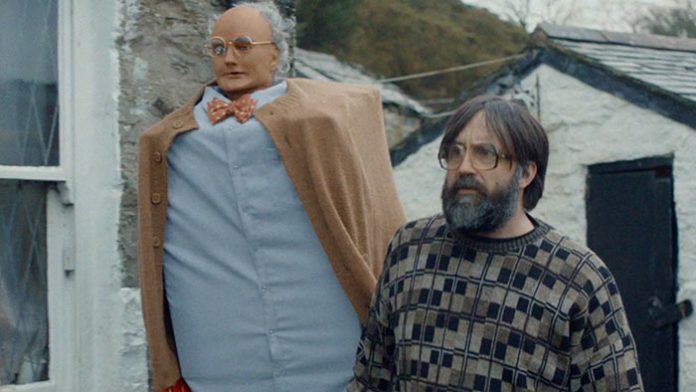 The next film in the Cinema Series at the 1891 Fredonia Opera House Performing Arts Center is the quirky British comedy “Brian and Charles.” It will be screened Sat., July 23, and Tues., July 26 , at 7:30 p.m.

Brian is a lonely inventor in rural Wales who spends his days building unconventional contraptions that seldom work. Undeterred by his lack of success, Brian attempts his biggest project yet. Three days, a washing machine, and various spare parts later, he’s invented Charles, an artificially intelligent robot who learns English from a dictionary and has an obsession with cabbages. What follows is a humorous and entirely heartwarming story about loneliness, friendship, family, finding love, and letting go.

Randy Myers, in the San Jose Mercury News, calls the film “one of the most unexpected heart-warmers of the summer.” Deborah Ross, in The Spectator, calls it “a goofy non-taxing delight … and do stay for the credits. They’re a hoot.” Mark Kermode in the Observer (UK), says the film “has homemade charm to spare, proving delightfully ridiculous but also poignant.” James Berardinelli, on ReelViews, says “it’s hard not to enjoy something like ‘Brian and Charles,’ where the core themes are ones of friendship and learning to live with one another’s foibles.” Rated PG for language, smoking and mild violence, “Brian and Charles” runs one hour, 19 minutes.

Tickets are available at the door for $7 (adults), $6.50 (seniors & Opera House members) and $5 (students) the night of each screening. A book of 10 movie passes is available for $60 at the door or online at www.fredopera.org. For more information, call the Opera House Box Office at 716-679-1891. The Opera House Cinema Series is sponsored by Lake Shore Savings Bank. In addition, Opera House programming is made possible by the New York State Council on the Arts with the support of the Office of the Governor and the New York State Legislature.

The Opera House is equipped with individualized closed captioning eyeglasses for the deaf as well as with assistive listening headsets for the hearing-impaired. Simply request one from any usher or Opera House staff member.

The 1891 Fredonia Opera House Performing Arts Center is a member-supported not-for-profit performing arts center with a mission to “present the performing arts for the benefit of our community and region … providing access to artistic diversity … and high quality programming at an affordable price.” It is located in Village Hall in downtown Fredonia. For a complete schedule of events, visit www.fredopera.org.