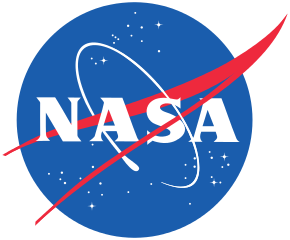 Life-saving medical research, secret projects, and a little vodka? All of those—and more!

And that’s just the same as the Americans, except for us it was white wine on the Moon.

On Wednesday evening, September 16, at 7:30, the Martz-Kohl Observatory will present an in-depth, investigative report on what Russian research is accomplishing on the ISS. Simply go to martzobservatory.org Home Page and click on the meeting link. Science on the International Space Station (ISS) has taken some fascinating and remarkable twists and turns in the hands of our astronauts while they orbit the Earth at 17,500 miles an hour, hundreds of miles out in space. Yet American taxpayers have heard little about the amazing advances taking place on the ISS in medicine, agriculture (space farming), physics, and astronomy.

Russian astronauts are doing the same, supported by Russian taxpayers. But the owners of the
ISS agree that the benefits belong to all human-kind. So, what are the Russian cosmonauts really up to? One of the Russian medical research projects, for example, may well make it possible for humans to travel as far as Mars without suffering long-term heart damage, permanent eye injuries, or space-sickness.

But how many U.S. taxpayers know that Vladimir Putin, President of Russia, tried to evict U.S. astronauts from the ISS, disassemble the whole space station, take his pieces, and build Russia’s own outpost in space—including the only space cannon ever built and a Star Trek style laser-pistol for cosmonauts to carry.

After all, though few Americans know it, Russia is responsible for keeping the entire space station from falling to earth. It’s worth knowing about what they are up to.

This will be the third in MKO’s popular new Zoom meeting series on all things in space. Log on and join the conversation with viewers from across the region and across the country. The Question and Answer session promises to be one of the liveliest to date.

The ISS has now been in orbit, in various stages of construction, upgrading, expansion, and repair for 20 years. Its return on investment has far outstripped its costs by producing economic profits, knowledge, and innovations that are making life on Earth better and safer.

The U.S. joins the other owners of the ISS—Russia, Europe, Canada, and Japan—in this remarkable project. Join Martz-Kohl on Wednesday evening and get to know one of our partners, Russia, in ways few Americans have.