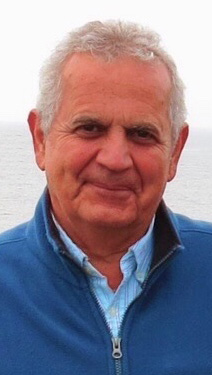 An area resident for most of his life, he was born March 12, 1953 in Cleveland, OH, a son of the late Thomas and Afroditi Pippa Silo.

Before his retirement just last year, John owned and operated the Jamestown Dental Lab for over 20 years.

John was an active member of the St. Nicholas Greek Orthodox Church where he served as chairman of the Yassou Festival. He was an avid skier and an active member of the Holiday Valley Safety Patrol and the Jamestown Rifle Club. He was active in his community being a Junior Guilder dad and volunteering for the Busti Historical Society. He also loved cycling, which is what he was doing when he suddenly passed away.

John’s hobbies included home brewing both wine and beer (winning an award for his honey mead), snowshoeing, hiking, cooking, and traveling. John had a love for life and adventure and always kept busy visiting his children and grandchildren. He also enjoyed tinkering around the house, traveling to Europe and around the United States, kayaking with his wife, making jewelry, (which included their wedding bands), and spending quality time with his many friends and family. The many people who knew John well knew that he was the type of person who would give you the shirt off his own back and was always there to lend a helping hand. If John would want people to learn anything from his sudden passing, it would be to be grateful for each day, try to find the positive in any situation, and hold your family and friends close

Surviving are his wife, and the love of his life of 43 years, Barbara A. Oliverio Silo whom he married July 2, 1977, a daughter; Renee S. (Trevor) Bricker of Charlottesville, VA, a son: Evan J. (Lauren) Silo of Philadelphia, PA, four beloved grandchildren, who affectionately called him “Papa John”, Giana and Jude Bricker of Charlottesville, Ben and Lila Silo of Philadelphia, a sister; Helen (John) Petro of Bay Village, OH, a niece; Athena Becker and a nephew; Mark Petro.

Friends were received in the Lind Funeral Home.