The Chautauqua Regional Youth Ballet is thrilled to announce that New York City Ballet dancers, Lauren King and Joseph Gordon will perform the roles of the Sugar Plum Fairy and her Cavalier in CRYB’s 2018 Nutcracker which will be held at the Reg Lenna Center For The Arts on December 14 and 15.

The production had become a holiday tradition for many families and this year’s production promises magic, excitement, and inspiring performances for everyone. Artistic Director, Monika Alch says, “We are thrilled to give our young dancers the opportunity to share the stage with world–renowned artists and also thrilled to give our community the opportunity to see two dancers from one of the world’s greatest ballet companies perform right here in Jamestown.”

Born in Phoenix, Arizona, Joseph Gordon began his dance training at the age of five at The Phoenix Dance Academy. He enrolled at the School of American Ballet, the official school of New York City Ballet (NYCB), in the fall of 2006. In August 2011, Mr. Gordon became an apprentice with NYCB, and in July 2012, he joined the Company as a member of the corps de ballet. He was promoted to soloist in February 2017. Just this past week, NYCB announced Mr. Gordon’s promotion to Principal Dancer. Since joining NYCB, he has performed featured roles in ballets by George Balanchine, August Bournonville, Peter Martins, Benjamin Millepied, Matthew Neenan, Justin Peck, Alexei Ratmansky, Jerome Robbins, Troy Schumacher, and Christopher Wheeldon. He was the 2015–16 Janice Levin Dancer Honoree.

Lauren King was born in Massapequa Park, New York, and began her dance training at the age of 10 with Jane Miller, Luba Gulyaeva, Ali Pourfarrokh, and Lynn Glauber at the American Theater Dance Workshop, the official school of the Eglevsky Ballet Company, in New Hyde Park, New York. Ms. King performed with the Eglevsky Ballet Company during its 2000–2001 season. In fall of 2001, Ms. King entered the full–time program at the School of American Ballet (SAB), the official school of New York City Ballet. Ms. King became an apprentice with New York City Ballet in the fall of 2003. As an apprentice Ms. King danced a featured role in Michel Fokine’s Chopiniana, performed by SAB as part of New York City Ballet’s 2004 winter season, and she originated a corps role in Susan Stroman’s Double Feature. Ms. King joined New York City Ballet as a member of the corps de ballet in June 2004 and was promoted to soloist in February 2013.

The Nutcracker tells the classic story of Clara who falls into a deep, dreamy sleep after an exciting holiday party at which Herr Drosselmeyer presents her with a gift of a nutcracker.  As she dreams, Clara embarks on a fantasy journey with her nutcracker prince beginning with an exciting battle with the Rat King and his army of mice followed by a visit to the magical Kingdom of Sweets. There, they meet the Sugar Plum Fairy and her court of sweets who offer to perform their favorite dances in Clara’s honor. It’s a wonderful celebration that ends with the Sugar Plum Fairy and her Cavalier performing a lovely, romantic pas–de–deux.

Ms. Alch remarks that in addition to the treat of seeing Ms. King and Mr. Gordon dance, the audience will also be impressed by the caliber of performance presented by CRYB ballet students. Solos such as the Snow Queen, Arabian, Chinese, and Dew Drop will be performed by CRYB pre–professional students, and almost 60 other cast members including both CRYB students and 10 students from the Tiffany Wakeley Academy who are performing as mice and Little Snow. In addition to the public performances, CRYB will also present a school show on Thursday morning December 13. Schools interested in attending should contact the Reg Lenna Box Office.

CRYB Executive Director Elizabeth Bush notes that with the addition of our NYCB soloists, the CRYB Nutcracker is a great choice for out–of–town visitors looking for a winter getaway weekend. The magic of The Nutcracker coupled with nearby gourmet restaurants, skiing, and sleigh-rides has all the makings of a great weekend to relax and get into the holiday spirit.

Public performances are scheduled for Friday, December 14 at 7:30 p.m. and Saturday, December 15 at 2:00 p.m. may be reserved by calling the Reg Lenna Box Office at (716) 484–7070 or on their website at www.reglenna.com. Special ticket packages also available which include tickets and an invitation to a preshow reception. Call CRYB at (716) 664–9766 to inquire about ticket and reception packages. 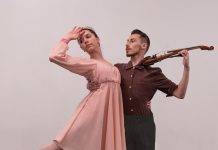 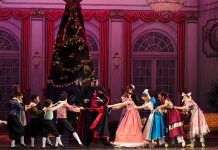 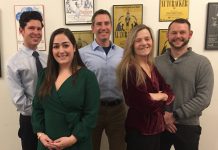 I Love My Hometown: Angeline Rodriguez

City of Jamestown and Jamestown Public Schools to Shut Down all...