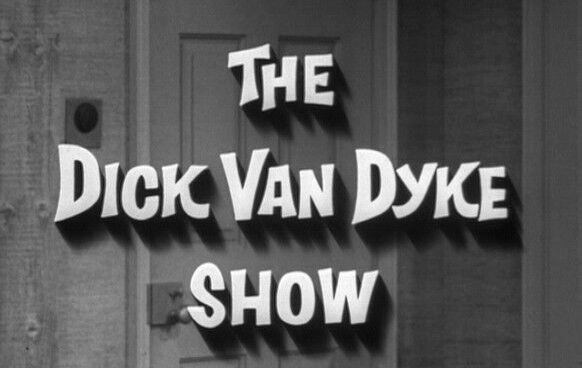 The National Comedy Center and legendary producer, director, and writer Carl Reiner announced today, on Carl Reiner’s 97th birthday, an initiative to digitally preserve Reiner’s extensive personal collection of production-used scripts from “The Dick Van Dyke Show” – one of the most iconic, innovative, and beloved comedy series in television history.

The scripts, which are heavily annotated in Reiner’s own hand, have been stored away since the series wrapped production in 1966, and have never before been made available to a cultural institution for conservation or exhibition. Scripts for all 158 episodes, totaling more than 7,500 pages, feature detailed edits and additions made in real-time during the writing, read-throughs and rehearsals for each episode – providing extraordinary access into the script development and creative process for the 15-time Emmy-winning situation comedy.

“There’s nothing more satisfying than having an idea and seeing it through to find out that, not only did you like it, but the audience and critics all seemed to agree.” said Carl Reiner. “When asked, ‘Of all the theatrical projects you’ve done in your life, what are you most proud of?’ I always say, hands down, it’s creating and producing ‘The Dick Van Dyke Show.’ It was a labor of love.”

“I applaud The National Comedy Center for keeping the creative fires burning by singling out and preserving something most people feel deserves preservation,” added Reiner.

“This is a treasure trove of original material, direct from the pen of one of comedy’s most important and resounding voices,” said Journey Gunderson, National Comedy Center Executive Director. “We are honored that Carl Reiner has placed his trust in us as we preserve this incredible body of work — which will enable future generations of comedy fans and scholars to understand the creative process behind one of the most influential TV series of all time.”

Carl Reiner drafted the show’s pilot script sixty years ago – in 1959 – and it remains a high-water mark in the history of comedy, and in American popular culture. Inspired by Reiner’s experiences as a costar and writer on Sid Caesar’s legendary “Your Show of Shows” and “Caesar’s Hour” variety shows, “The Dick Van Dyke Show” starred Dick Van Dyke as television writer Rob Petrie, Mary Tyler Moore as his wife Laura Petrie, and Morey Amsterdam and Rose Marie as writing colleagues for the fictional “Alan Brady Show.” Reiner would make occasional appearances as Rob’s egocentric boss Alan Brady. The series originally aired on CBS from 1961 until 1966. It continues to be a major influence on television comedy and comedy creative talent to this day.

The National Comedy Center also announced the acquisition of production documents and scripts from the collection of award-winning situation comedy director John Rich, who helmed the first 41 episodes of “The Dick Van Dyke Show.” The John Rich Collection also includes original annotated scripts from his tenure as the original director of the groundbreaking Norman Lear series “All in the Family.”

The Reiner and Rich materials will join the National Comedy Center’s growing archive, which houses creative materials from the careers of comedy innovators including George Carlin, Lucille Ball, Shelley Berman and Lenny Bruce and more. In 2018, the Center acquired the expansive archive of comedienne and singer Rose Marie, whose portrayal of “Sally Rogers” on “The Dick Van Dyke Show” was an early and significant representation of an independent professional woman on television.

“Never before has so much original material from ‘The Dick Van Dyke Show’ — from scripts to backstage photos to production documents — been assembled into one archive for preservation,” said Laura LaPlaca, National Comedy Center Director of Archives. “Carl Reiner’s personal scripts, together with the Rose Marie and John Rich Archives, provide extraordinary insight into the creation of this landmark TV series and greater appreciation for why it still resonates with comedy creators and fans over a half-century since its original network run.”

Carl Reiner’s career as a writer, producer, director and actor spans seven decades. He is a 12-time Emmy award winner, a Grammy award winner, a recipient of the Mark Twain Prize for American Humor, and a member of the National Comedy Center Advisory Board.

The late John Rich was a three-time Emmy award winner, two-time Golden Globe winner, and NAACP Image award winner who was an instrumental member of the Directors Guild of America for six decades.