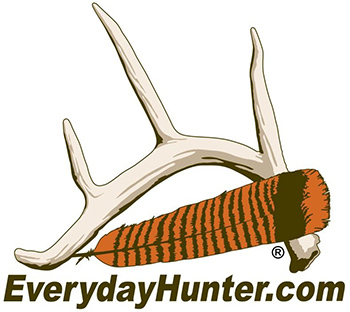 People say, “Let’s just agree on some common sense gun laws,” as though we don’t have plenty of gun laws now, or there’s no common sense in the ones we do have.

I wonder how many people lobbying for new gun legislation know that from 1993 to 2013, gun violence dropped virtually by half. That’s a fact anyone can look up.

The FBI’s Uniform Crime Report for 2016 (the most recent year for which we have complete statistics), says that the United States had 374 murders where the murderer used a rifle. The FBI lumps “assault rifles” in with all rifles, perhaps because no one has yet established a clear definition for them. (They are not, by the way, military weapons. I have yet to hear of any nation that sends its soldiers to the battlefield with AR-15s, or any similar semi-automatic rifle.)

Right behind rifles in the murder count are all kinds are shotguns, with 262.

We don’t usually think of everyday household items as weapons, but people assault others with almost anything—baseball bats, hammers, electrical cords. The list is endless, so the FBI report includes them in the “other weapons” category with a total of 1,806 murders. Every home in America has weapons. Plenty of them.

Speaking of every home in America, they all have knives. Recently the mayor of London decided all Londoners should turn in their knives. Maybe that’s the next step, because in 2016 a total of 1,604 people in the United States were murdered with knives or other edged weapons—more than quadruple the number murdered by all rifles. So, turn in your knives. It’s time we stop slicing our bread. It’s for everyone’s good.

Let’s not overlook the number of people beaten to death by hands and feet. The FBI report says 656 people died by beat downs and stompings. That’s more than all rifles and shotguns combined. And of the 1,806 murders with “other weapons,” those weapons are mostly held by hands. So maybe we need to have bad guys surrender their hands. (Some countries compel criminals to do just that!)

For argument’s sake, let’s assume murders by “assault rifles” make up all murders by rifles. That means the 4,066 people killed with knives, hands and feet, and other weapons represent a rate more than 1000% higher than assault rifles.

If assault rifles account for half of all rifle murders (surely much closer to the actual number) the number of murders by knives, fists and feet, and other weapons beat assault rifles by more than 2100%.

Do we have an assault rifle problem? If you listen to the media we do, but it’s actually way down the list. In 16 states or comparable jurisdictions, not one person was murdered by any kind of rifle. Do we have a knife problem? The mayor of London certainly thinks so. Do we have a problem with hands holding baseball bats, hammers, and knives? Statistically, any assault rifle problem is miniscule by comparison. Even if you add in murders by handguns, drunk driving deaths overwhelm all murders by firearms.

Maybe we don’t have a gun problem at all, or a knife problem, or even a hand problem. Maybe we’re fooling ourselves. An Old Testament prophet wrote, “The heart is deceitful above all things, and desperately wicked: who can know it?” (Jeremiah 17:9). Maybe the biggest problem we have is a heart problem—a problem of insisting on our own way at anyone’s expense. Jesus himself said, “For out of the heart proceed evil thoughts, murders…” and he continued listing heart problems (Matthew 15:19). Maybe it’s time for a new respect of old-school wisdom.

Every statistic represents overwhelming tragedy, and I don’t mean to minimize a single one of them. But I do mean to point out that we have a far bigger problem than can be blamed on any class of weapons. It’s not a popular idea, and I know I’ll take some criticism for it, but it needs to be said. Instead of surrendering our guns, our knives, our blunt instruments or even our hands, maybe it’s time to surrender our hearts, because surrendering hardware isn’t going to get the job done.