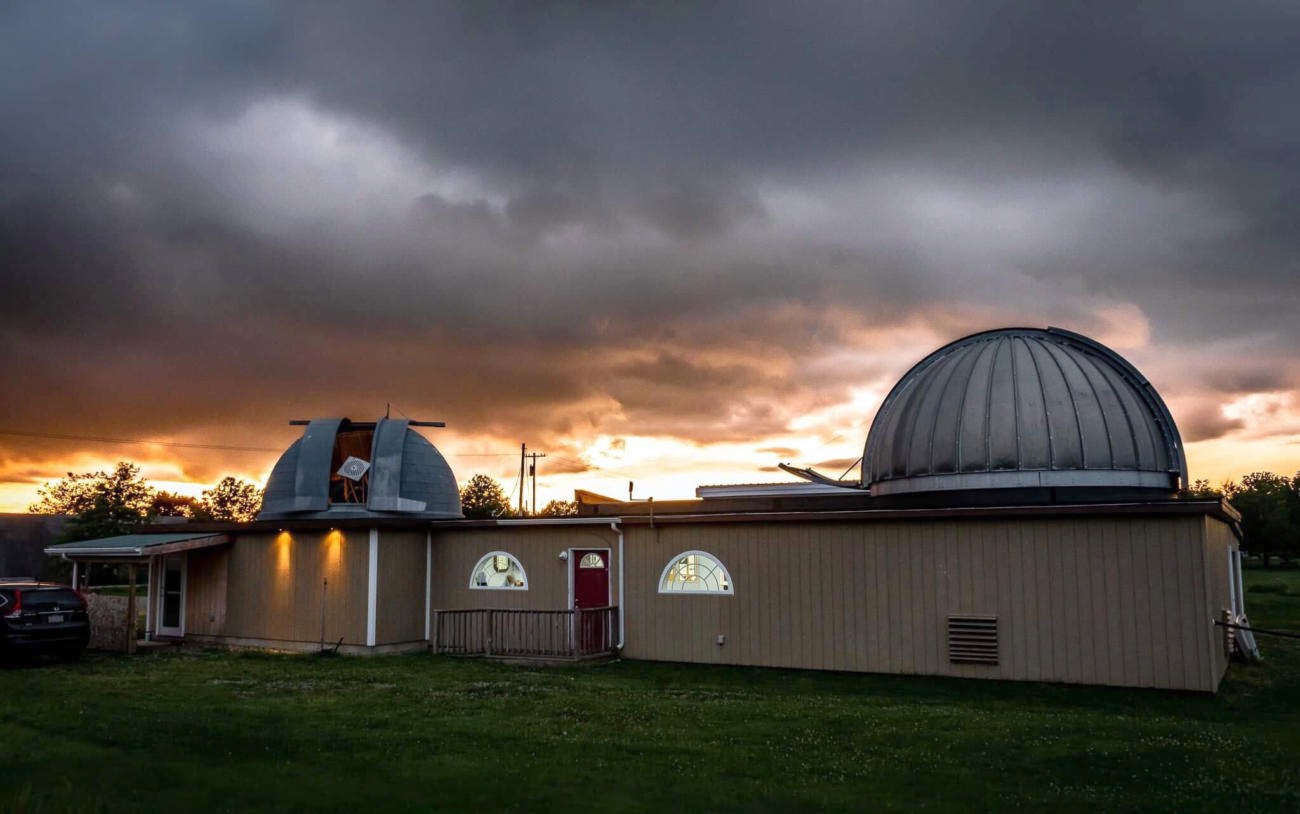 Though astronomy continues at the Martz-Kohl Observatory, we cannot yet announce a date for reopening to guests, our popular movie nights, or our special guest speaker programs. Phase-4 Reopening Guidelines have not yet been approved by the State of New York. But that has not stopped our planning.

In fact, the temporary shutdown has accelerated development of fully interactive teleconference programs that guests can enjoy at home, enabling our guests and our future speakers to meet personally online in Zoom or similar formats.

This summer, we will shortly announce dates and times for the public to log on to a fascinating program presented by SPIF – The Spacecraft Planetary Imaging Facility at Cornell University.

Later in the summer we will present a similar live program by NASA’s Dr. James Spann, Space Weather Lead at NASA Headquarters in Washington, DC. He will talk about a special kind of weather forecasting—Solar Weather. Storms on the sun can be a hundred times as big as the entire Planet Earth and the solar winds they project into space can be powerful enough to black out the entire electrical grid of a continent on Earth. Log on and take part in the discussion.

These advances in communication technology at Martz-Kohl also open the possibility of a program presented in part by astronauts on the International Space Station on a night when the ISS orbits above the observatory on its 17,500 mph rounds of the planet. We hope to give our guests at home an opportunity to log on to a live conversation with NASA astronauts.

While not yet re-opened for guests, Martz-Kohl recently completed a joint research project with an international consortium of astronomical observatories using NASA’s New Horizons space probe which is now more than four billion miles from Earth and speeding into interstellar space.

New Horizons is so far away that Alan Stern, New Horizons principal investigator at Southwest Research Institute (SwRI) in Boulder, Colorado, says “It’s fair to say that New Horizons is looking at an alien sky, unlike what we see from Earth…and that has allowed us to do something that had never been accomplished before — to see the nearest stars visibly displaced on the sky from the positions we see them on Earth.” This allows use of the “parallax effect” to accurately measure distances to stars, in this case, stars named Proxima Centauri and Wolf 359. Proxima Centauri is known to have at least one planet, slightly larger than the Earth, orbiting in its habitable zone, and possible habitable. Wolf 359 is home to at least two exo-planets.

Martz-Kohl member Tom Traub and astro-photographer Ted Wolf, a friend of the observatory and frequent guest speaker here, operating his telescope in the Andes Mountains of Chile, collaborated with Tod Lauer, New Horizons science team member, in submitting photographs for comparison with New Horizon’s view. This project breaks all records for such research.

“The professional and amateur astronomy communities had been waiting to try this,” Lauer said, “and were very excited to make a little space exploration history. The images collected on Earth [as from Martz-Kohl] when New Horizons was observing Proxima Centauri and Wolf 359 really exceeded my expectations”

One way in which Martz-Kohl is able to contribute to astronomical research is through new, advanced technology now undergoing updates at the observatory. While solitary or a distanced pair of observers can use the facility now, this upgrade will facilitate more research-level astronomy by Martz-Kohl members from their homes and will enhance Martz-Kohl’s commitment to local STEM and STEAM educational programs.

Learn to Test for Apple Ripeness at Audubon, Tuesday, September 22