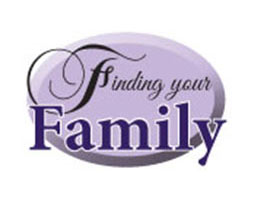 Sanborn, County, State, Country, Griffith Records, Atlas, DeLorme, Surname, Google, Plat, Political and Topographic, what do all these terms have in common? They are all sources or types of maps. There are hundreds of different types of maps. Why should you as a genealogist care about maps? Let me give you a few reasons that maps can be a great resource for you.

Using a world map can allow you to pinpoint areas of the world that your ancestors came from. You may think that they came from Germany. Are you aware that the borders of Germany changed many times over the centuries? Modern Germany is a conglomeration of many smaller Duchies and city states such as Bavaria, Moravia, Bohemia, Prussia to name a few. The idea is that if you are looking for records, you need to know all of the places to look.

In the United States, many state borders changed particularly in the early days of the nation. County lines may have changed more than once especially as population grew. The point to this is when you are searching for a family member and do not find them in the county or state that you expect, you may want to consult a map book to determine if the records are in a different county. We have such a book at the Hall House titled Map Guide to the U.S. Censuses 1790-1970 County Changes.

Another reason you may not find your family located in the expected county records could be geographic. Perhaps your family lived near a large river and they needed to cross it in order to register births, land records, marriages etc. They may have decided to travel in the opposite direction where the terrain was easier to traverse. A topographical map would show this kind of detail and allow you to search new directions and perhaps locate the records that you are looking for.

We’ve all used Census records to look for family. Have you considered mapping your family that you have located in the census records? Document your family, their neighbors and other families with the same surnames that live in the same local. Does one of the neighbors show up as a son-in-law or daughter-in-law in a later census? Did you lose your family in a census? If so, look for the neighbors in the census when your family last showed up. Now look for those neighbors in the census that you are unable to locate your family. By finding those neighbors, you may find your family as sometimes groups of people moved to new locations together. Your family may not show up in the transcription as names were not always transcribed correctly and by looking at the original documents you may locate them near their neighbor from their previous location. There is an article in the latest Internet Genealogy Magazine titled Census Enumeration Districts: A source for Rarely –Seen Maps. It can give you some excellent guidance on using these maps.

Next month I will talk a bit about Sanborn maps, surname maps, Google Earth, Griffith records and my experience in finding family on Grand Manan Island.

Celebrating Halloween During a Pandemic