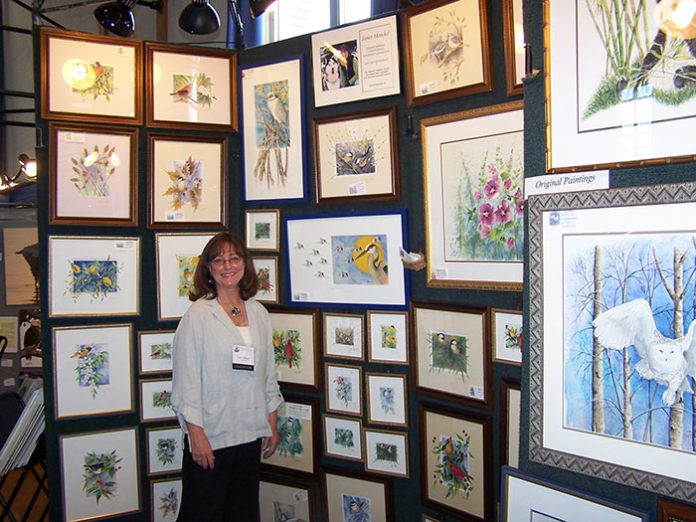 Wildlife artist Janet Mandel will be opening her country studio to the public Nov.7-13 for her 2nd Christmas Open House. Janet has been participating in fine art shows for 27 years nationwide, and has received national and international recognition for her work, but you may know her from her participation in many local wildlife and fine art & craft shows. Her work includes North American and African wildlife, Songbirds and Marsh Birds, as well as her humorous Cat Portraits. Janet’s work features original paintings & limited edition reproductions, but she is most recognized for her embellished reproductions, in which additional work is painted onto the mat for added interest, depth, dimension and even movement. “This technique turns a print into an original, since no two pieces are alike.”

Janet’s studio is on Abbey Hill Rd. between Kennedy and Ellington and is situated on 84 aces of country property, which is home to kestrels, rough-legged and red-tailed hawks in the fall, an occasional Snowy Owl in the winter, and bluebirds, bobolinks and meadowlarks in the spring.

If you are looking for a quiet trip to the country and a chance to view and purchase a piece of wildlife art for yourself or as a gift, Janet’s studio is easily found on Google Maps at 747 Abbey Rd. Kennedy, NY 14747, (Just off Rte 62 between Kennedy and Ellington.)