Southwestern’s girls Varsity softball team is nearing its last several games of the regular season and they aren’t slowing down one bit. The team hit the ground running in back in March, racking up an impressive undefeated league record of 4-0 and an overall record of 8-1, at the time of press. For the eleventh season in a row, the Varsity team is under the leadership of head coach Jen Anderson, who was been with the Southwestern softball program since 1999. Anderson sat down with the Jamestown Gazette to discuss her star senior pitcher, her team’s strong defensive game, and the resiliency she’s seen in her girls this season.

Cortney: Tell me a little bit about the girls on your team this year.

Anderson: We have 11 girls on Varsity. We have two sophomores, six juniors, and three seniors. Sydney Burk, our senior starting pitcher, has been pitching Varsity since she was in eighth grade. She’s definitely a special player to be here this long. We’ve had a couple of other girls that came up early to play Varsity too, like Erin Radack. She’s one of our sophomores that came up as an eighth grader. Also Alanna Dibble, one of our juniors, has been playing Varsity since her freshman year. So we have a lot of kids with some decent experience. Plus, these girls have been playing together as much as they can – they play a lot outside of school with travel ball. They get a lot of exposure together, which is great. It just makes us better. They get along well.

Cortney: You’ve barely suffered any losses this season. Why do you think your team has been seeing such success? 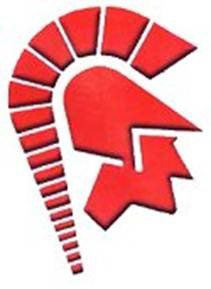 Anderson: I have to attribute a good part of it to Syd’s pitching. She’s done an amazing job of keeping the other teams off-balance. During our league games, she’s only allowed one earned run. That’s one earned run over 39 innings. So she’s just done a great job. The other girls do their part, too; they’ve especially done a great job defensively. They’ve only given up two runs over the entire league season. They’re doing a great job backing Syd up and they’re good at getting us out of tough spots. They just have this internal drive to keep going. I mean, our toughest game so far was against Dunkirk, which we won 1-0 in the bottom of the seventh. It was a nail-biter. But they worked really hard to keep Dunkirk out of the scoring and plugged away to get a run across, and that’s what we did.

Cortney: You mentioned your girls are strong defensively – how’s their offensive game?

Anderson: We did start off a little bit slow, but the bats have come alive recently. Team-wise we’ve done a pretty good job with the hitting and it’s definitely been getting better the last few games. Our team batting average is .275, which is pretty good. The girls have played defense when they’ve needed to and come up with the runs we need in order to win, too. Even if we get down a bit – because there were a couple of games which we didn’t start off winning – we’re able to get the lead back. These girls have a lot of resiliency. The game’s not over for them until the third out in the last inning.

Cortney: How would you summarize your coaching philosophy?

Anderson: I’m definitely not a tough-love coach. I’m a little bit more calm and relaxed than a lot of other coaches. But I’m not afraid to tell them, in my own way, hey: we’ve got to fix this. But I’m definitely calmer than others, to say the least!

Cortney: Big picture: what are your goals for this season?

Anderson: One of the most important things is seeing improvement from every girl. From Modified all the way up to the Varsity level, that’s one of the biggest things for us. In terms of my Varsity team, I’d love to see us go farther in the playoffs than we have in the last couple years. A league championship would be great. We’ve got two tough games, though, against Fredonia. And we certainly can’t let our guard down around any of the other teams and think oh, don’t worry. We’ve got to keep our intensity up for each game.