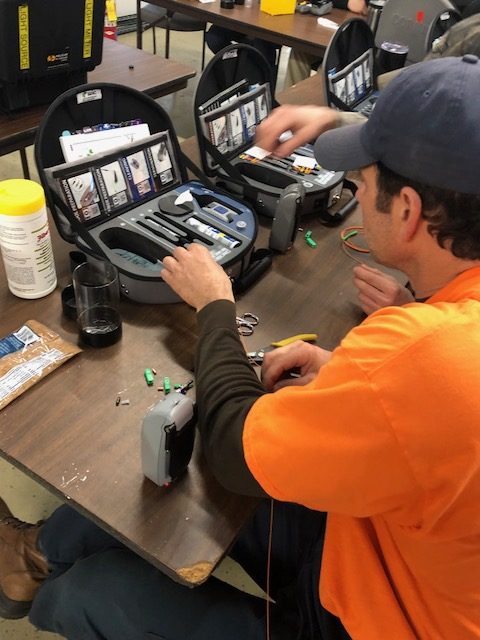 As the early months of the new decade unraveled with many challenges, our reliance on high quality technology to perform our professional, educational, business, and other duties was quickly put to the test.

Twenty-first century lives already revolve around and rely on Internet speed capabilities, but as the pandemic alters daily routines, this extra stress on the digital infrastructure, especially in rural regions, has been put directly in the spotlight.

In the rural outskirts of Arcade, for example, a typical rural Western New York community, teachers and other professionals must operate without Internet service. “As a teacher and parent without at-home Internet, I know the struggle of trying to do it all without all the necessary tools,” Carol Hannon an Arcade resident, explained to the Jamestown Gazette.

“Our solution has been to up our cell phone data to “unlimited” and use our phones as hot spots. While this works most of the time, this method has limits,” Hannon added. Rural communities forced by the pandemic into remote-learning modes, are on the knife-edge of collapse without Internet service.
When our phones don’t cut it, we go to our church to use the WiFi there. While we can make it work, it would be so much easier if we had internet access at home. It’s one more thing to worry about during a time when nothing is simple.

“The coronavirus pandemic has underscored the need for reliable and fast internet access in all corners of the region, as connectivity is no longer a mere perk or frill, but a veritable necessity of modern life,” according to Mark Maytum, president and chief operating officer of DFT Communications, one of the region’s internet and telecommunications providers.

While unique and scenic geographic features of the region provide picturesque natural landscapes, it poses major challenges for the many rural communities without sufficient broadband to continue to function at sustainable levels. This is particularly seen in homes where distance learning and remote work have become more the norm.

“I often need to upload videos for my students, which cannot be done without a strong, reliable Internet connection,” Hannon said, confirming Maytum’s observation. “We also have to use our phones for Zoom meetings instead of our computers, which means we cannot see more than 3 participants at a time.”

Many individuals who previously would commute into urban centers for work or to a wired school now face the challenge of absent or insufficient broadband power.

According to the U.S. Census Bureau, 2019 estimates showed that in Chautauqua County 73.7% homes had a broadband internet subscription; in Warren County, Pennsylvania in 2019 a similar estimate of 73.6% of homes subscribed to broadband internet.

“The much-discussed digital divide is indeed real, and it is not limited to inner-city minority communities. A frequently overlooked reality is that rural residents also suffer from a distinct lack of connectivity due to geographic challenges that make getting them online cost prohibitive for many providers,” Maytum said.

As the school year wrapped up last spring, students and teachers were forced to adapt to a new classroom experience while continuing their education and teaching from home.

In rural communities this task became extra challenging. “When our phones don’t cut it,” Hannon said, “we go to our church to use the WiFi there. While we can make it work, it would be so much easier if we had internet access at home. It’s one more thing to worry about during a time when nothing is simple.”

Without sufficient broadband connectivity, local students may be in danger of falling one step farther behind in a “hybrid” learning environment. The hybrid environment describes teachers struggling to teach from home to students struggling to learn from home over unreliable or absent Internet connections.

“I know that there have been a lot of parents who struggled with not having good internet. It’s really caused it to be harder to do online learning,” Kyle Brown, a Randolph School Board member told the Gazette.

“They put some 4G cellular service into some buses and parked those buses in key locations to help students download their homework,” Brown added. 4G refers to the fourth generation of cellular communications, offering speeds that are about 10 times faster than they are on current third-generation, or 3G, networks. Its higher data speeds could make smartphones much more comparable to PCs, giving them better multimedia capabilities. However, 4G was introduced in December of 2009 and has already been superseded by 5G, now beginning national rollout.

“At Jamestown Community College, students living in the more rural parts of the service area had more issues,” Randolph’s Kyle Brown added. “People who lived closer to the Cattaraugus campus were having broadband issues. From what I heard, that was the worst area right outside of Olean. It was tough to get good broadband.” Brown is also a network systems administrator at SUNY JCC.

“There were a lot of faculty who had to work on campus just because they couldn’t get better broadband at home,” Brown explained “We tried to keep as many people as we could at home, but you have to take that extra risk just to get more internet,” he continued. “It’s definitely going to be another school year with many challenges. Hopefully, some of these newer projects come online soon for our rural communities.”

With many complications and challenges ahead in building the infrastructure and providing adequate broadband to rural residents, many projects are in motion and funding has been put aside to assist with connectivity issues.

“DFT Communications is excited to be a part of the statewide initiative to bring advanced broadband services to rural areas by building over 10,000 miles of fiber in two years,” Maytum said.

Mark Geise, CEO of the Chautauqua County IDA, pointed to various projects that the IDA has teamed up with local tech companies.

One recent project is the installation of a 145-mile fiber optic cable route for the city of Dunkirk and the townships of Arkwright, Charlotte, Chautauqua, Sheridan, Stockton, and Pomfret.

“It’s really all about helping businesses to become more competitive and it’s one of the most needed utilities nowadays to connect with the outside world,” Geise said. When considering the many complications of these large projects, Geise added, “The more rural an area the further apart the users are. You have to extend the cable further to get those customers.”

“There has always been a need for this, certainly in the recent past, but with COVID and people working remotely, it is become even more important,” Geise said.

Another upcoming DFT project is their first POWER Grant site, according to Maytum. “This site is on Oak Hill Road in Frewsburg, near the Erlandson Overview Park. From this site we have coverage into parts of south Jamestown, Kiantone, Frewsburg, Falconer, Gerry, and Kennedy.”

Maytum warns, “New York cannot fully recover from the economic damage wrought by the pandemic unless all residents, regardless of where they live, are able to fully participate in the online revolution that has now been accelerated as a result of the virus.”

In the near future, many professionals hope their offices, and schools can re-open full-time. But the growing need for adequate broadband Internet service in rural communities will require continued innovation and grant funding to narrow the digital divide.