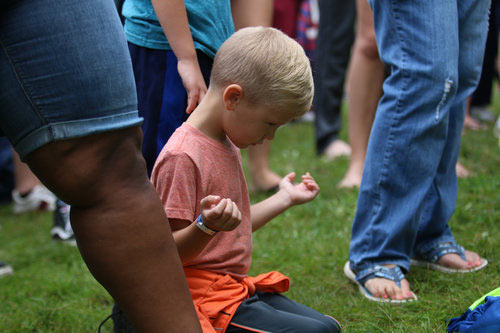 The Kingdom Bound Festival, one of the nation’s largest and longest-running Christian music festivals, is set to return to Six Flags Darien Lake in Darien Center NY this summer, featuring a full slate of top Christian artists, including Crowder, for King & Country, and Skillet. Joining the star-studded lineup for their first-ever appearances at the festival will be worship heavyweights Bethel Music and Passion Music. The 33rd annual festival is set to take place July 28-31 with thousands of Christian music fans from across Western New York, Pennsylvania, Southern Ontario, and beyond expected to attend. A limited number of on-site accommodations are still available, as well as full event and single day commuter passes. All tickets include access to all festival activities as well as admission to Six Flags Darien Lake Theme and Water Park.

Kingdom Bound 2019 will feature over 50 artists and speakers from across the United States and Canada including headlining performances from GRAMMY® nominated multiplatinum rockers SKILLET, 2-time GRAMMY® winners and longtime attendee favorites for King & Country, and worship veteran Crowder. Joining them will be worship music pioneers Bethel Music and Passion Music, two of the leading worship groups in the country. They’ll be joined by American Idol finalist Danny Gokey, radio hitmakers Unspoken, and more. Also joining the 2019 lineup are worship ensemble North Point InsideOut, along with Paul Baloche, We Are Messengers, I Am They, and Western New York’s own Brothers McClurg.

Single-day tickets for the festival are $64.00 and include admission to Six Flags Darien Lake Theme Park and Waterpark. Four-day festival passes including park admission are available for $154.00. Tickets are available online at www.KingdomBound.org, by calling 716.633.1117, or in person at the Kingdom Bound office – 8550 Sheridan Dr., Williamsville, NY.