Northwest Arena’s Board of Directors has named Keith Martin as the organization’s Executive Director following an extensive local search. Martin, an experienced athletics executive, will join the organization on August 13, 2018. Northwest Arena exists to advance economic development, entertainment, and youth sports opportunities for residents in the Jamestown area as well as promoting tourism in a family-friendly environment.

Martin has held leadership roles in athletics for 25 years, most recently serving as Director of Athletics for Jamestown Community College.

“It gives us great pleasure to announce the appointment of Keith Martin as Executive Director,” said Kristy Zabrodsky and Dave Leathers, Co-Presidents of the Northwest Arena Board of Directors. “This is an extremely important position that we are very happy to reintroduce to the organization, especially with all the growth and development occurring in the City, in the surrounding area, and specifically planned at the Northwest Arena.  With the anticipation of the Jamestown Rebels kicking off their hockey season and the planned building expansion project, including the exciting KidZone opportunity, the timing of Keith’s arrival couldn’t be better.  We are also pleased that long-term management employees Craig Hinderleider and Sue Schiavone are remaining in their respective positions and will report directly to Keith.”

A Jamestown native, Martin began his career as a baseball coach for an NCAA Championship Team at Eastern Connecticut State University in Willimantic, CT. He then ran operations, marketing, sponsorships and tournaments for the New England Sportsplex in Vernon, CT before returning to his hometown.

Martin has been with Jamestown Community College since 1999, holding coaching roles as well as administrative leadership roles in the Athletics department. He has been Director of Athletics since 2012. He has spent six years on the Board of the Northwest Arena, including terms as Executive Board Officer – Co-Vice President, Treasurer, and Finance Chair. He also sits on the Northwest Arena Board Governance Committee.

“I am honored and humbled to accept this position and am looking forward to working with the outstanding team we have at the Northwest Arena,” stated Mr. Martin.  “I am looking forward to the exciting future of the Arena and our City.  Teaming up with all the fantastic attractions and venues in our community, I am truly fortunate to be a part of something so special.”

Completed in 2002, Northwest Arena is a community center with a dual pad ice rink serving Western New York and Northwestern Pennsylvania. By providing sport and entertainment experiences downtown with over 250,000 turnstile visits annually, the Arena strengthens Jamestown as a community and as a destination. Participants enjoy improved health, but also acquire skills needed to secure Jamestown’s future: tenacity, teamwork, and leadership. Spectators benefit from the enjoyable and eye-opening performances and events the Arena offers. 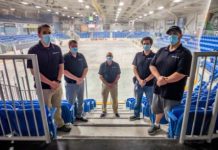 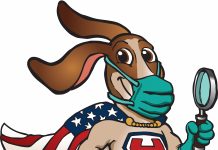