Jamestown High School is proud to announce its 2020 Commencement Speaker, David Hinson, a 1995 JHS alumnus. Mr. Hinson is currently an area scout for the Kansas City Chiefs, who won the 2020 Super Bowl. Due to COVID-19, Mr. Hinson will deliver a taped Commencement Address, which will be featured on the JPS website at www.jpsny.org/graduation beginning on Wednesday, June 24th.

“As an alumnus of Jamestown High School, it is truly an honor and privilege to be this year’s commencement speaker,” said Mr. Hinson. “I cherish many great moments from JHS… walking down the halls with friends, the laughter shared on bus rides to track meets, celebrating with teammates after scoring a touchdown on the football field and many more. High school, with its highs and lows, leaves you with memories and friends you could not have made anywhere else.”

Mr. Hinson is in his fourth year as the Southeast Area Scout for the Kansas City Chiefs. Before joining the Chiefs, Hinson was the Midwest Area Scout for the Philadelphia Eagles. Prior to joining the Eagles, Mr. Hinson served as a college area scout with the New York Jets, the Cleveland Browns and the New Orleans Saints. Hinson joined the Saints after three years with the Buffalo Bills, where he had been the team’s scout for the BLESTO scouting services. He was previously in the team’s player personnel department before being promoted.

A native of Jamestown, NY, Mr. Hinson played tailback for the University at Buffalo while earning a degree in business management. He was a standout prep running back at Jamestown High School, where he was an all-state athlete and was selected as the New York Player of the Year. While at JHS, rushed for over 2,200 yards, winning the Connelly Cup and the Buffalo News Player of the Year. Mr. Hinson helped lead JHS to their first state title.

“David Hinson has made JHS proud as a student, student athlete, and for pursuing achievement and success beyond high school,” said JHS Principal Dana Williams. “He is proof that a JHS diploma can get you wherever you want to go, even to a Super Bowl Championship.” 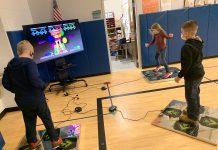 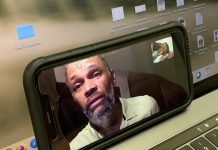