“We are both thankful and fortunate to have Chris Olsen as our keynote speaker for graduation this year,” said JHS Principal Mike McElrath. “Chris is a proud and highly successful JHS alum and I’m certain his message will be well-received by students and audience members alike. He has already gone out of his way to connect with several members of our senior class and his enthusiasm for JHS, and the Jamestown community, is most refreshing.”

Olsen obtained his Bachelor of Arts Degree with Honors from Elon University in North Carolina and his Juris Doctorate Degree (Cum Laude) from Pepperdine University, where he was also named the Best Oral Advocate in the country at the annual ABA National Appellate Advocacy Competition. Olsen is admitted before the United States Supreme Court, the Federal Claims Court, and every state Court in California. He has worked on several significant cases, including the O.J. Simpson civil case representing the birth mother of Ron Goldman and the Lockheed Stealth bomber litigation, which resulted in the longest jury deliberations in U.S. history. Olsen has handled hundreds of cases at the trial court level, and is also undefeated on appeal (8-0) where the Appellate Court upheld the favorable judgments rendered by the trial court.

Olsen has also been fortunate to be involved in the entertainment industry with some of the hottest properties and most talented writers and directors. He is developing a dramatic feature film about the story of Vince Lombardi and his Green Bay Packers, based on Jerry Kramer’s sports classic, Instant Replay. The project is being developed with Robert De Niro and his company, Tribeca. Oscar winner John Ridley (12 Years a Slave) has penned the script for the project. Olsen has also produced several live events, most recently, the Celebrity Sports Roast & Toast of Steve Garvey and Dave Winfield at the MLB All-Star Weekend in San Diego and the Super Bowl Central Kick-Off concert at SB 49 in Phoenix, AZ. Olsen’s book, Lucy Comes Home, chronicling Lucille Ball and Desi Arnaz’s historic return to Jamestown in 1956 to premiere their MGM film, Forever Darling, will be published in the Spring of 2018. He is also developing a film about the closure of the steel mills in Ohio entitled, Youngstown, based on the song from Bruce Springsteen and the book Journey to Nowhere, as well as a feature length documentary about Lucy and Desi’s visit that will include additional photographs, newsreel footage, and never before seen interviews of the people who were there.

Olsen takes tremendous pride in his Jamestown upbringing, work ethic, lifelong friendships and values. He returns to Jamestown every summer with his wife, Tricia, and their four children. He stays connected with several local organizations and is committed to assisting in any way he can to help further the continued growth and momentum revitalizing downtown Jamestown. Olsen’s mother, Janice (Swanson) Present, was named Miss Jamestown in 1956 and hosted Lucille Ball and Desi Arnaz during their return. His father, Ted Olsen, was a four-sport Jamestown High School letterman and standout receiver during the 1949 undefeated football campaign, and is an inductee of the Chautauqua Sports Hall of Fame.

The theme of Olsen’s Commencement Ceremony speech will be: “Everything you need to succeed in life, you learned right here in Jamestown, New York.”

“Being asked to give the 2017 JHS Commencement address is singularly one of the greatest honors I’ve ever received in my lifetime,” Olsen said.

“To be asked to help celebrate the amazing Class of 2017, the future leaders of our community, our country, and our world, and to do so in the brand new Amphitheater at Chautauqua only serves to take that honor to the next level. There are certainly big shoes to fill from Stan Lundine, Kim Sinatra, George Panebianco and so many other excellent speakers, and more importantly, excellent people. Like the Class of 2017 has done all year long with their excellence in academics, sports and community service, including the ‘Battle of the Classes’ fundraiser, I will do my best to bring my ‘A’ game.”

Olsen also mentioned that he is “thrilled that just a few days after the Class of 2017 Commencement, my own JHS Class of 1982 is holding our 35th Reunion in downtown Jamestown and we are going to get to see and experience first-hand the tremendous energy and revitalization of downtown at the Jamestown Erie Gateway Train Station, the Robert Jackson Center, Chautauqua Sports Hall of Fame, Lucy-Desi Museum, and National Comedy Center. It’s going to be an exciting couple of weeks.” 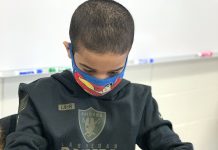 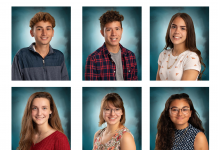 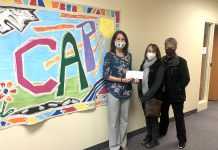