One for his late brother, killed during the Vietnam War. Two for him.

“My brother had enlisted for two and he was killed a year into his service in Vietnam,” said Coon, a Fredonia native.

“So… one year to finish his service and two for me.”

Honoring his brother’s memory was Coon’s greatest motivation after graduating from Fredonia High School. His original commitment of three years turned into six, and when it ended in 1979, he made his way to a publication center in Pueblo, Colo. to explore different post-service careers.

“There was no internet then, so I went to this publication center and I originally thought I wanted to be an industrial engineer,” he said. “That was going to be four years before you could even get a job.”

Hoping for a quicker track into the workforce, Coon came across information about computer programming — a major being offered back home in Chautauqua County at SUNY Jamestown Community College.

“With computer programming, after a two-year degree, you could get a job and start working,” he said. “JCC had a good reputation. It had the courses that I wanted. It also was a good value for your dollar spent. Even though I was going to school through the GI Bill and getting paid to go to school, you still want to spend your money wisely.”

Coon’s associate degree in computer programming and systems afforded him a three-decade career in the field that ended with his retirement from Laboratory Corporation of America in 2013 — a career he credits the college for having kicked off.

“JCC gave me the skills and knowledge I needed,” he said. “Certain things in life prepare you to be successful; JCC is one of those things.”
While at JCC, he immersed himself in his studies — often finding himself in the computer lab so often that fellow students thought he was an employee or instructor.

“People would come up and ask questions because I was there so much,” he said. “But I was an older person and I knew what I wanted and applied myself, and I enjoyed school so much that I applied to (the University at Buffalo) and got accepted, and was going to go there.”

That was, until a programming job opened up at Westfield-based Renold Inc.

“I was hesitant,” he said. “I thought I would continue on with school… But they asked how much would it take for me to go up there, I gave them a number I thought was too high, and then was asked, ‘When can you start?’” 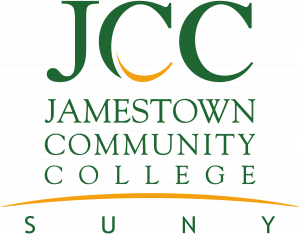 He began as a computer programmer. By the end of his five years there, he had also become the company’s go-to technology person. From there, he moved south to the Carolinas and after a short stint serving in a similar role at Michelin Tire, he moved onto a systems programmer position in Burlington, N.C. at Hoffmann La Roche’s Roche Biomedical Laboratories, which eventually became LabCorp.

What began as a job as a systems programmer, ended 27 years later as a vice president-level leader within the company. Oversight throughout his career included computer programming, systems programming, quality assurance, production support and his final position as the corporate IT representative for mergers and acquisitions as well as internal and
external audit.

He even had the opportunity to work abroad — but, ever committed, felt it wouldn’t be the right move for his family.

“My daughter was just turning five,” he said. “I didn’t know if I wanted to live in Switzerland and I would’ve been traveling to Europe and South America two weeks a month. For a career, it would’ve been great, but for the family life it wouldn’t have been good.”

“I was fortunate,” Coon said. “I had good bosses. My timing was right in certain jobs. I was good at what I did, but I applied myself. People respected me because I didn’t expect them to do anything I wouldn’t do myself. I was a hands-on manager. Senior officers liked me because I told the truth and I didn’t beat around the bush. It was a wonderful career.”

During the company’s 50th anniversary celebration, Coon was designated a Stallworth of LabCorp for his work in information technology to make the company successful.

“For 50 years, there were 180 people who were recognized as a contributor to make that company successful,” he said. “It was one of the greatest honors of my life that they considered me a part of that.”

In retirement, Coon continues to serve his church and his fellow veterans — volunteering for his local VA to drive them from Burlington to Durham. And, he continues to be passionate about the college that gave him his start.

“The military gave me a strong background,” he said. “Leadership, decision making, working with people. That would’ve helped me alone — It didn’t give me skills in a computer, but it made me equipped to enter the working world.”

And while the college to which he credits his start has evolved in the four decades since he graduated, Coon feels indebted to its innovative approach to what has become an in-demand career.

“I wouldn’t be where I am now without JCC and that’s my passion for JCC,” he said. “It’s grown a lot, but if I hadn’t picked computer science and if JCC didn’t have those courses, I don’t know where I would’ve been, but everything worked out that way and it’s amazing.Things fell into place.”

He added, “The degree gets you in the door and gives you the skills, it’s what you do afterwards with it. And JCC gave me the confidence to go forward and do it.”