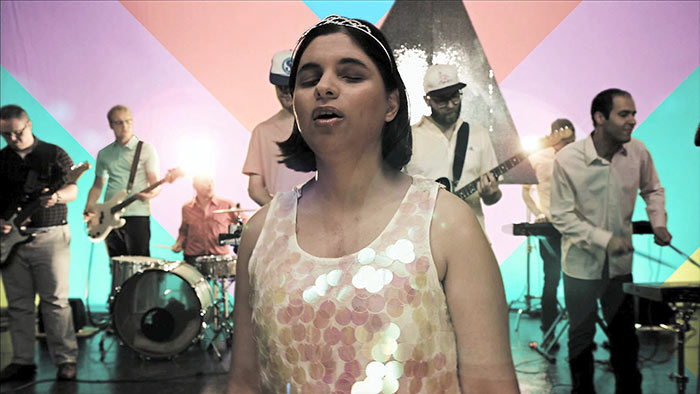 The Sprout Film Festival comes to Jamestown 7:30 p.m. Sept. 29 at the Reg Lenna Center for the Arts, located at 116 E. Third Street in Jamestown. The purpose of the films is to tell stories and celebrate the lives of people who live with intellectual and developmental disabilities. The Sprout Film Festival’s mission is to inspire audiences, promote inclusion and support transformative filmmaking as an integral part of social change.

The Resource Center (TRC) has provided services to people with different abilities in the Chautauqua County area since 1959. The mission of TRC is to support individuals with disabilities to help them achieve maximum independence, contribute to the community, experience growth and enjoy their quality of life. TRC began as a volunteer organization and is now one of Chautauqua County’s largest employers, helping thousands of people with all types of disabilities along their life journeys.

Bringing it Home
Kevin Anderson is the Assistant Director of Employment and Community Services of The Resource Center (TRC) and Beth Jermain is the Support Option Administrator of TRC. In 2014 Anderson and Jermain approached their administrative staff and board of directors to let them know they wanted to bring the Sprout Film Festival to Jamestown.

Various films from Sprout are shown throughout the states. Films are sent by Sprout to the film selection committee at TRC in Jamestown, who watches the films and decides which ones they want to screen. This year the committee looked at roughly 25 films and narrowed the selection down to ten films.

“This year’s festival is really about people who embrace their disabilities and live their lives the way that they want to,” Anderson said. The films are non-fictional and feature actors who have discovered different abilities. The Step up for Autism walk is scheduled for Sept. 30 at TRC located on 200 Dunham Avenue. The walk is a fundraiser to raise awareness about autism. TRC wanted to tie in the film festival with the walk by holding the festival the night before.

Inspiring Films
The festival will begin with a two-minute film called “Jimmy.” The serious film features a child with Down syndrome riding on a carousel with a non-disabled child. Sentences flash upon the screen reading positive things like “Jimmy goes to swimming five days a week.” “You automatically think that the person they’re talking about is the non-disabled youth,” Anderson said. “Jimmy’s life is so rich and full and then you learn that the non-disabled child is actually homeless. We all have these biases and they’re not always true. It’s really powerful.”

The Sprout Film Festival will also show the gripping film, “A Good Life.” It features Alonzo Clemons, an American animal sculptor and savant who suffered a head injury as a child. Savant Syndrome describes individuals who have both a developmental disability and a spectacular, genius-level skill in a specific area. Clemons sculpts incredible animal art pieces, currently featured in Denver’s art district, and his sculptures have sold for up to $45,000.

For the first time, the festival will end with an upbeat music video called “Kairo,” showing the band Station 17 from Hamburg, Germany. “People can get up and dance and have a good time as they’re leaving the theater,” Anderson said.

A Great Venue
“The Reg Lenna has been really supportive and a great partner throughout everything,” Anderson said. In 2016 the festival had nine films, and the theme was focused on the presidential election. One of the films lasted 27 minutes and followed a news crew of five people with developmental disabilities who attended the National Conventions in 2004. Roughly 450 attended the festival in 2016. “We’re really hoping to break the 500 barrier this year,” Anderson said.

“I really encourage people to come,” Anderson said. “Whether they have people with developmental disabilities in their lives or whether they don’t, I think that they’ll walk away and have been entertained and hopefully educated too.” The festival is supported by TRC Foundation and is free to the public. All ages are encouraged to attend.

“A lot of the reactions have been absolutely incredible,” Anderson said. A friend of Anderson’s mom attended the film festival for the first time last year and expressed nervousness that she would leave feeling depressed. This year, she is going on vacation during the time of the festival but plans to drive back just to see the films. “It’s a huge impact because I think it really does touch their lives,” Anderson said.