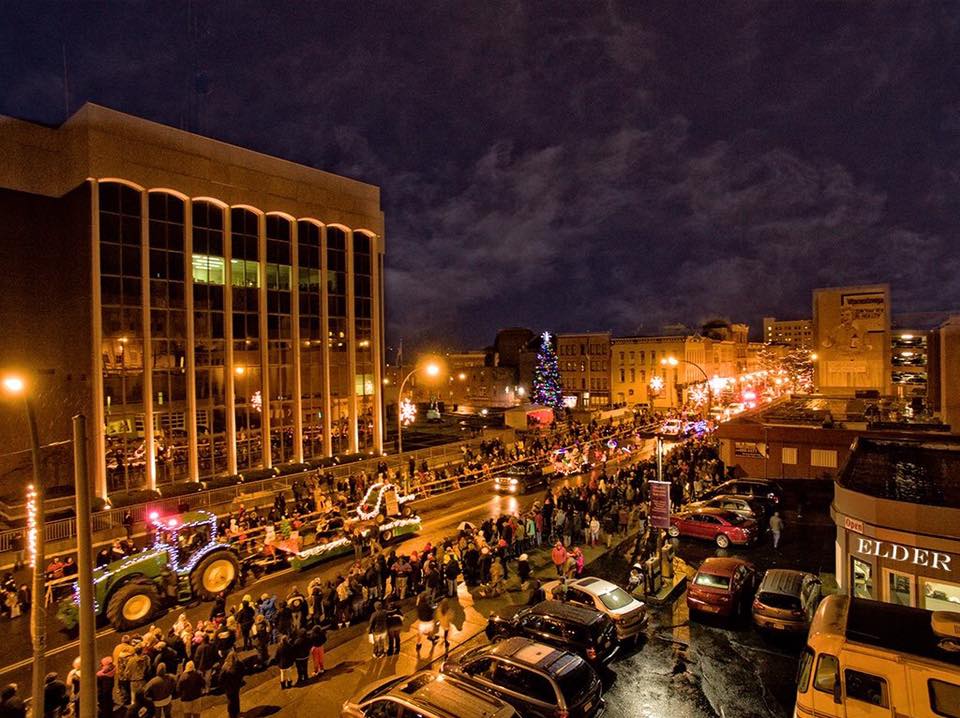 Candy Land is a great game for kids, but it’s also the theme of this year’s Christmas parade in Jamestown. Some 10,000 people are expect to attend the events that begin at 5 p.m. on Friday, November 30, on Tracy Plaza and end about 8:30 with a fireworks display.

“We wanted to get the people involved this year,” said Zach Agett, Marketing and Events Manager for the Jamestown Renaissance Corporation. “We asked people to vote on our facebook page and we received five hundred and fifty votes.”

From among four choices, Candy Land won by 34 percent of the votes.

The parade is a decades-long Christmas tradition in the city. This year, as in the past, between 85 and 100 entries are expected to take part in the march. Entries will include floats, individual cars, and various groups of walkers. 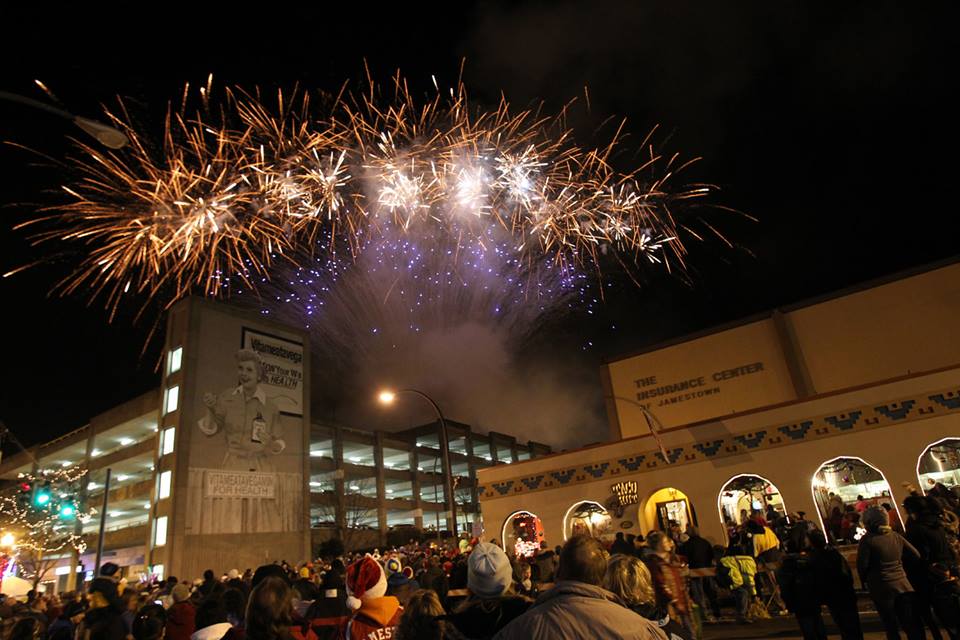 “It’s nice to get people outside in the winter, to see them smiling and having a good time together,” Agett said. “We have a lot of events here in the summer, but winter can be a little slow in Western New York.”

For the parade, he said, “The Resource Center, which also runs Toys for Tots at Christmas, is our presenting sponsor. We couldn’t do this without them.” Other sponsors for the day’s events are the Chautauqua Region Community Foundation, Shults Auto Group, and Elite Kreations.

Before the parade gets underway, music by We Speak Canadian will be presented from 5 to 6 p.m. at Tracy Plaza. The group will offer “dance hits of the past and present with a hard-rock twist.,” Agett said. “Plus, of course, some Christmas music.”

The parade steps off at about 6:15 p.m. It will travel east along Third Street toward Tracy Plaza. Folks along the route will find hot chocolate available from Meals on Wheels at the corner of Third and Pine streets. There will also be taffy, kettle corn, and flavored popcorn available.

“And novelty vendors will be everywhere with their carts,” Agett said.

Smith will be chauffeured by Elite Kreations.

Santa Claus, of course, will make an appearance in the parade, transported not by reindeer but by a vehicle from Shults Auto Group.

At Tracy Plaza, the Christmas Tree lighting ceremony gets underway at about 6:30. All times are approximate and depend on the weather and other factors that are not predictable.

The Tree Lighting begins with a member of Infinity Visual and Performing Arts singing the National Anthem. Mayor Sam Teresi will next give a brief speech and then he will light the tree. This year, the Evans family — Joe and Alicia, and their children, Aubree and Elijah — will help light the tree.

The giant Christmas Tree, a 40-foot-tall Colorado Blue Spruce, already in place on Tracy Plaza and awaiting the moment the lights are turned on, is a gift this year of the Paul and Jennifer Liuzzo family. It was transported to Tracy Plaza with the help of Lake Shore Paving. City Parks workers then decorated the tree with more than 2,500 LED lights.

After the parade and the tree lighting, the YMCA will hold a Santa’s Family Workshop from 7 to 9 p.m. The Workshop will include a visit from Santa, of course, but also it will offer a visit with Frosty, Rudolph, and the Y-Guy. There will be a Christmas sing-a-long, holiday games, and the Big Challenge Inflatable Obstacle Course, as well as craft and ornament-making tables. Refreshments will be for sale.

Before Santa heads up to the Workshop around 8:30, he will speak to the kids on Tracy Plaza and help them count down to the fireworks display. The fireworks, courtesy of the Chautauqua Region Community Foundation, will last about fifteen minutes, Agett said. 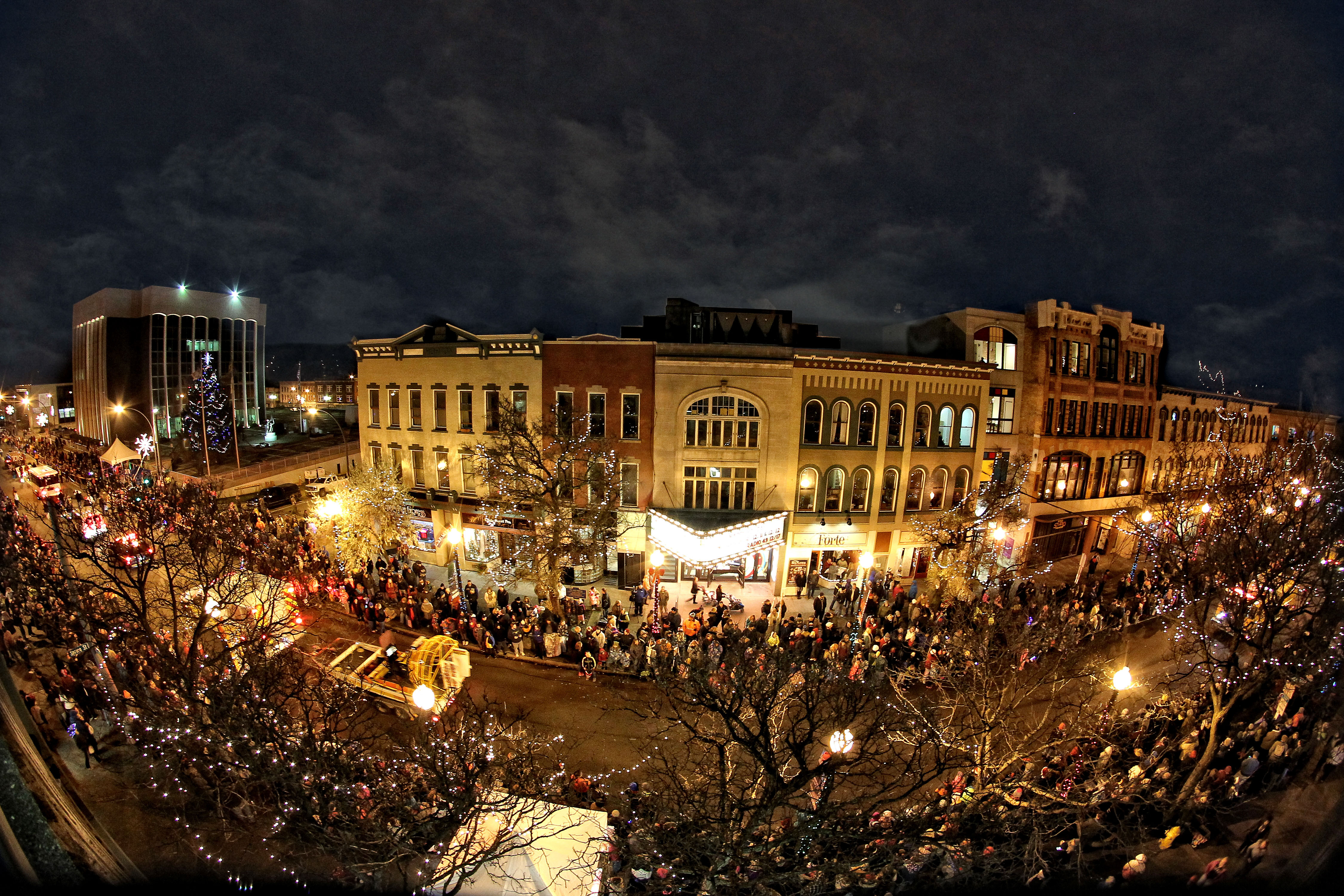 In addition to the parade, Jamestown is hosting a Downtown Storefront Holiday Decorating Contest. Fifteen or more windows in the downtown business district will be filled with Christmas displays, with a grand prize of $1,000. Three other prizes, including a People’s Choice Award, will be given out.

“We have some volunteer judges who will look at each window at night, when the displays are lit up,” Agett said. “We encourage competing businesses to keep their displays lit from the day of the parade until Christmas.”

Winners will be announced after Christmas.

“This is fun, it’s beautiful, and it’s a great Jamestown tradition,” Agett said.

Keep your calendar open for Friday, November 30, and join your friends for a fun family time in downtown Jamestown. It’s a great way to start the holiday season. 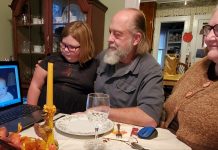 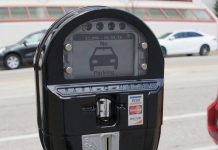 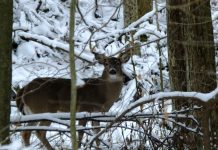