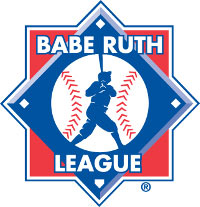 The Babe Ruth International Board of Directors unanimously elected Jamestown, New York into its Hall of Fame.

The Babe Ruth World Series memories generated since? Beyond measure. For when Diethrick opened that Western Union missive, it not only affirmed Jamestown’s relationship with Babe Ruth Baseball through World Series week in August 1980, but it also began a partnership that has lasted, and will last for many years to come.

During one of their meetings, a vote was held after a nomination by Frank Stefanelli to officially bid to host the inaugural Babe Ruth 13-Year-Old World Series. In attendance, among others, were Diethrick, Stefanelli, George Mathews, sponsor of the Mathews and Miller Athletic Club, and Dennis Ewing Sr., President of the Jamestown Babe Ruth League.

In July 1979, Jamestown was one of three cities — Charlotte, North Carolina., and Glasgow, Kentucky, were the others — still in the running for the first-ever 13-Year-Old World Series. Tellefsen and the late Bill Smith, who was the Chairman of the Board for Babe Ruth League Inc., were given a tour of the city. At a dinner at the Ironstone Restaurant on July 10, 1979, the Babe Ruth officials said a decision on a site would be made by August 6. At precisely 1:13 p.m. that day, Case sent off the telegram to Diethrick.

Twenty-four hours later, then-Mayor Steven B. Carlson held a press conference at City Hall to formally announce Jamestown as the site for the 1980 13-Year-Old World Series.

Armed with a committee that numbered in the hundreds, Jamestown began the task of putting together the 13-Year-Old World Series. As it turned out, it was an unqualified success. During that eight-day span, Jamestown played host to Dorothy Pirone, Babe Ruth’s daughter, and Hall-of-Famer Ernie Banks; and attendance totaled 40,915 for the 17 games, including 6,895 who jammed College Stadium for the final two games.

The Babe Ruth 13-Year-Old World Series is returning to Jamestown in August of 2021. Jamestown’s official induction into the Babe Ruth League, Inc. International Hall of Fame will be held during this event.

Many of the things started in 1980, as well as the new concepts and ideas that were developed during the succeeding World Series hosted by Jamestown, are items that surface in the World Series program throughout the nation. Jamestown has become the blueprint for other host cities to follow. Not coincidentally, it has been the World Series Training Center since 1986, where any city wanting to host a future Babe Ruth league World Series can come to Jamestown to learn the ropes.

According to Host President Russell E. Diethrick, Jr., “We signed that first contract, but we had no idea (about how to run a World Series). We had some thoughts, we had some maybes, but we had no idea what we were getting into. It was just that skill and willingness as a team to approach the unknown and react to what we had to do at that time.”

The innovations initiated by Jamestown included: providing meals for the teams upon their arrival during orientations; holding an ice-breaker picnic prior to the start of the World Series; and conducting a home-run derby.

In addition to the Board of Directors, there has been an incredible list of committee members and volunteers that have contributed to the success of the World Series hosted by Jamestown. One such group who has been with them from the start is the Eastside Fellowship. This group has fed each and every player and coach as they arrive in Jamestown. The group has gone above and beyond with creating an amazing first impression and delivering a warm welcome to the visiting guests. Also serving as a partner is Jamestown Community College, who has played host to team orientations and World Series banquets. And the City of Jamestown and the surrounding towns have supplied ballfields for the participating teams to use for practice.

“Babe Ruth League’s successful relationship with Jamestown is a tribute to the leadership and dedication of Russ Diethrick and the many more people like him in their community,” said Steven M. Tellefsen, President/CEO of Babe Ruth League, Inc. “These individuals volunteer their time, their talent, and their resources to help the young people in their area grow and mature through organized baseball and softball. And because of the efforts of these men and women, the young athletes involved with our program have had and will continue to have an opportunity to experience first-hand a thrilling, cultural, and competitive experience at a World Series hosted by Jamestown.”

Jamestown joins more than 200 individuals and organizations who have earned the distinction of being inducted into the Babe Ruth League, Inc. International Hall of Fame.

Babe Ruth League, Inc. is a non-profit, educational organization dedicated to developing better citizens by providing properly supervised baseball and softball competition for 4 through 18-year-old players. It is the basic intent of Babe Ruth League that every player who has a desire to play the sport is given the opportunity to participate and have fun.

Hockey is Back in Jamestown

“Each Team is a Family” – 40 Years of Babe Ruth Championships