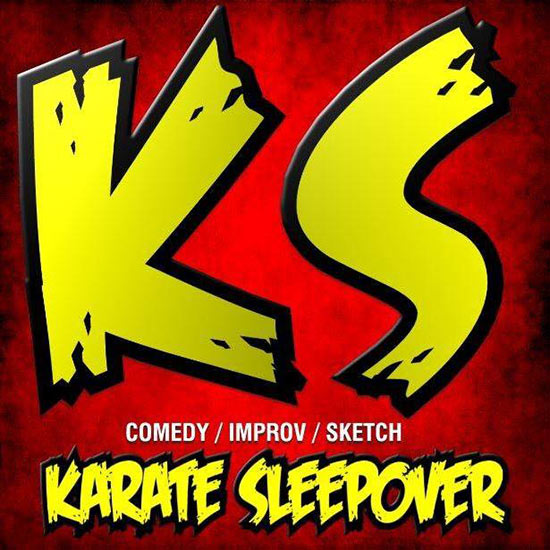 It’s no secret Jamestown, NY is positioning itself to be our nation’s center of comedy. For several years, Jamestown has brought in huge headliners like Ellen DeGeneres, Trevor Noah, Joan Rivers, Jay Leno, Jerry Seinfeld, and most recently Kevin James. However, it will be vibrantly talented local artists and local comedic performers like Karate Sleepover who will create the local heart and soul of the new era.

In this comedic renaissance, the National Comedy Center will be the glue that holds the comedic soul together. It will be a state-of-the-art facility and interactive museum for all things comedy. Live performances, however, will flourish throughout downtown in the many local bars, restaurants, cafes, and hot spots. Local five-member comedy troupe Karate Sleepover will also be a permanent feature downtown as they have secured Studio Metro as their downtown performance venue and headquarters, housed out of the historic Spire Theater.

Studio Metro’s unique signature feature is that it is a ‘theatre in the round,’ a theatre without a stage where the audience surrounds the performers in a 360o circle. Paul Clemente, performer and spokesperson for Karate Sleepover, believes audiences will be electrified with their upcoming performances. Paul asks everyone to like Karate Sleepover on Facebook and Twitter in order to see their latest updates, as Karate Sleepover has and will perform for a wide array of audiences.

Karate Sleepover can accommodate any request and will tailor their performance to any audience. Just their name, Karate Sleepover, is a mixture of two interesting words that have a comedic tone when paired together. It was created with a purpose.  Paul said the group wanted a name people would remember, but they also wanted a name that would make them bookable for any audience from the very young to the very old.  This is especially important since the group has performed at local schools, in addition to their many past performances at locations such as the Sherwood Arts Complex, Forte, Mojos, Chautauqua’s Got Talent, senior centers, theatres, and Lucy Fest.

It was at a local venue that Paul got his start in comedy. He said his brother is a successful stand-up comedian in Pittsburgh, performing under the name Ian Insect.  Paul helped his brother with his acts, and his brother always encouraged Paul to take up comedy himself. Recently, Paul actually performed at the former Q’s open mic night. That is where he fell in love with performing. He only missed one open mic night after his first performance.

Paul said Karate Sleepover has “been very lucky and very busy.” The group has averaged more than two performances each month and is gearing up to do more in the coming months. Currently, Karate Sleepover has co-sponsored open mic nights with Labyrinth Press Company on Thursday nights since January 11, 2018. These open mic nights are becoming so popular and gaining so much momentum that Labyrinth is packed every Thursday night. The night must be limited to 15 comedians each week, and there haven’t been any comedic vacancies for some time.

Paul says that Karate Sleepover is part of the bigger whole. “There are many abundantly talented local poets, actors, artists, comedians, and musicians that will continually sustain the art community.” Karate Sleepover knows that they owe their success to the support of the local community. Paul added it is crucial to “…bring the arts to the forefront of Jamestown, while keeping everything local and supporting the community that is being built.” Karate Sleepover encourages anyone interested in booking them for performances to check out their Facebook or Twitter page, email bookkaratesleepover@gmail.com, or call 412-660-0271.

Karate Sleepover will one of the many acts performing during this year’s Lucille Ball Comedy Festival. This year’s festival will be August 1 through 5, 2018 and will feature more than 50 events. Excitement is growing as it was recently announced that this year’s nationally recognized comedic performers will include Amy Schumer (Inside Amy Schumer, I Feel Pretty), Lily Tomlin (Grace and Frankie, 9 to 5) and Dan Aykroyd (Saturday Night Live, The Blues Brothers).

For the last 25 years, the festival has brought residents from many walks of life into the community, some from all over the country, to participate in all the festival has to offer. According to comedycenter.org, “The weekend will also feature National Comedy Center dialogues, exhibit unveilings, block parties, free kids’ comedy shows featuring the critically-acclaimed Story Pirates and tribute events honoring the influential careers of the ‘First Couple of Comedy’, Lucille Ball and Desi Arnaz. Additional events will be added to the lineup in the coming months.”

This year’s Lucy Fest marks a giant step in Jamestown’s renaissance with the unveiling of the National Comedy Center. The center is billed as the “first national-scale non-profit cultural institution and visitor experience dedicated to comedy.”  The National Comedy Center “is comprised of three functions: a 35,000 square foot immersive exhibit experience/museum that is under construction following its 2015 groundbreaking, a year-round calendar of live performance and discussion-leading programming on comedy, and an educational component supporting aspiring artists and providing comedic arts education.”

Neiland encouraged readers to check out the National Comedy Center website: http://www.comedycenter.org/  The website is a great source of information about the Lucy Festival, and a good place to purchase member tickets now.

Welcome Back! We Never Left.