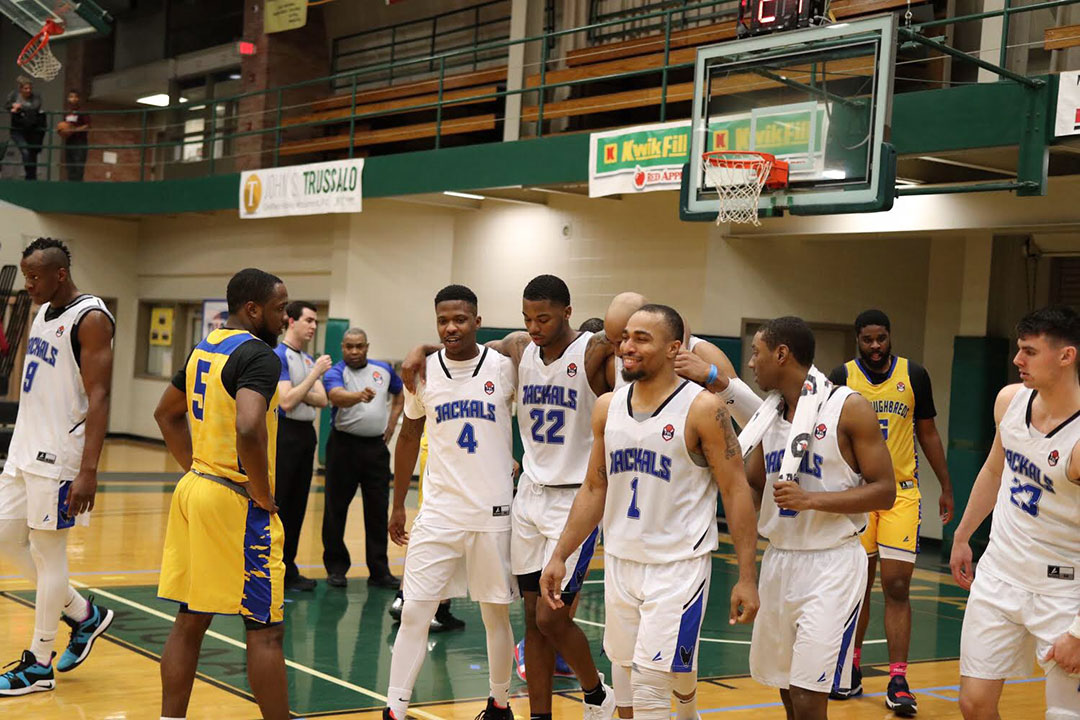 Meet Kayla Crosby. She is 29 years old and started a professional men’s basketball team. What? You would never guess it when you first meet her. You immediately feel she could be a new-found friend. What she really started is a non-profit organization that uses basketball as the hook to bring people together and change lives. The organization, #IntegrityFirst, Inc.’s “purpose is to provide educational and character building programs and opportunities for children and adults by teaching them about basketball, how to play the game in a competitive, fun, and educational environment, and also teaching the financial and business management skills associated with operating a basketball team.” Ms. Crosby says she is always in need of volunteers to help with game day setup and there are key needs on the Board of Directors.

Early in her life she knew she wanted to help people. Kayla graduated from Jamestown Community College and was on the winning basketball team in 2010. Kayla transferred to St. Bonaventure University where she received 7 teaching certifications. The summer after graduating, she began working as a Residence Director at JCC and is currently the Director of Campus Life at JCC on the Jamestown Campus and the North County Extension Center. She really enjoys working in the day-to-day lives of her students. She wanted more and began volunteering for the basketball team. In response to a group of students that wanted free time in the gym, she opened the gym up to local community members who were a good influence on the students. In 2015 a good friend from the mentoring group told her he was trying out for the professional minor Premier Basketball League. She began researching about what he was getting in to. She realized she could own a team! Fast forward four years and she is now in her fifth season as a team owner. She has advanced through two more leagues and is now in the national arena with The Basketball League, or TBL. TBL’s philosophy lines right up with #IntegrityFirst’s mission statement: The Basketball League (TBL) is a men’s professional basketball league dedicated to delivering a world class professional basketball experience to the local community, our fans and business partners. TBL provides basketball players the opportunity to make a living playing the game they love in America with a focus on community and positively impacting lives through school visits and clinics that focus on more than just basketball.” The TBL is made up of teams that travel the nation. The teams are from Albany, N.Y. to San Diego, CA, to Tampa, FL and points in between. Two years ago, the Jackals won the North American Basketball League (NABL) East Championship which provided an invitation to the NABL National Championship tournament in Dallas, Texas in August 2018. 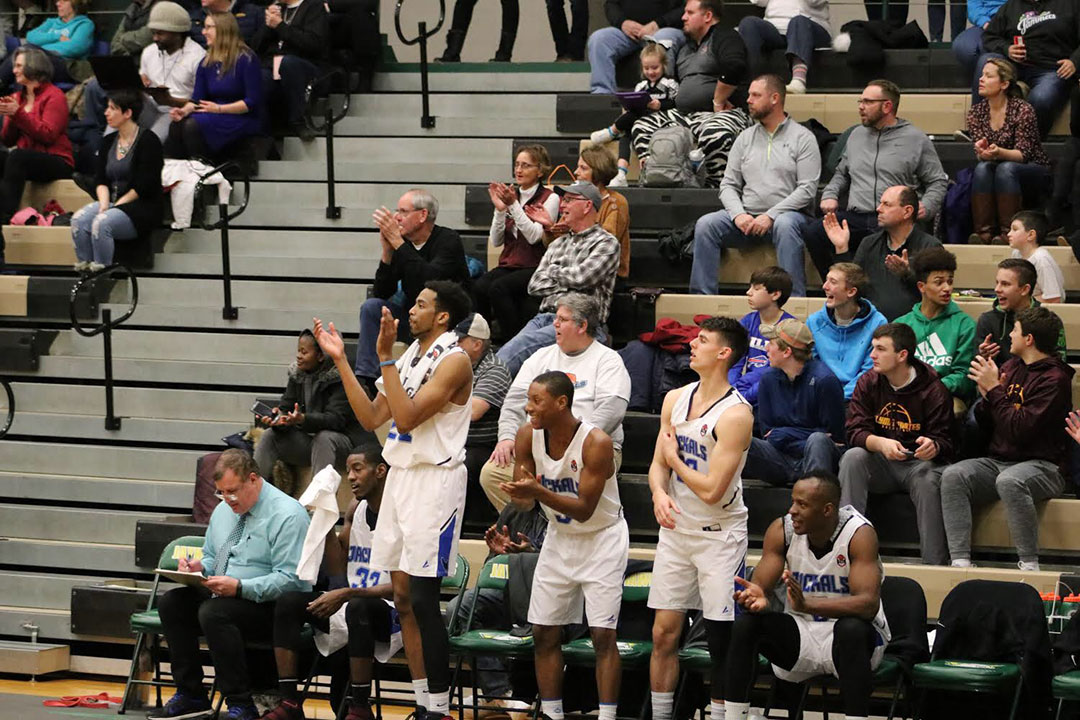 “It was so exciting for the players to see a big semi-pro tournament,” said Crosby, “last year they missed the TBL playoffs by one loss.

But it wasn’t bad for the first year in the TBL.” And this summer Ms. Crosby was named the TBL Director of Team Development and Executive of the Year for doing what she does naturally; operating on a shoestring and giving her all for her players, staff, volunteers and community.

One of the requirements to be in the TBL is to pay the players who have finished their college eligibility and are looking to play basketball and make an impact too. “The players have college level experience, many have played in Europe and South America, and many are family men. They need to be paid for their hard work,” Ms. Crosby said. Since the first year a few of the players wanted to remain in Jamestown but there was no housing. Kayla facilitated a grant for team housing at JCC by the Chautauqua Region Community Foundation. Last year a local benefactor purchased and donated the Goodell Home for the coaches and players to live in.

The transition to the TBL in 2018 doubled the team’s budget. Luckily Kayla had her eye on the ball. She had community members who wanted these changes as much as she did. Not to mention, it is very evident she has a strong faith in what she is doing which draws others into her vision.

This year she has been able to hire a General Manager to take on the necessary community building and team support work that she cannot do effectively. Remember, she has a full-time position at JCC which she loves. Coach DeMarcus Oliver has been changing lives through basketball for over 16 years. Coach Oliver is observant and a listener. He also has a business and marketing background. “Team diversity is important. When the haves and the have-nots, black and white, rich and poor are on the same court, they bond as a team. They get to know each other’s life stories. They don’t see many differences after a long road trip,” Coach Oliver joked. One can see why he is a good Coach and mentor. Last season he was the Assistant Coach for the Raleigh Firebirds team in TBL. He is passionate about relationship building through open, transparent relationships with the players and coaches. He said, “I am a player’s coach. I get out on the court with them. I jump with them, run with them. I push to help them see how good they can be, both as a player and a person. Basketball is 75% mental.” he added, “I know basketball’s culture. While Kayla knows the game too, they listen to me as soon as I say, ‘let’s go’.” While he is, on average, ten years older than the players, he understands them.

The Jackals impact on the community children is evident in the children’s smiles, energy and focus. The team members visit various community programs, churches and classrooms in the Jamestown region throughout the season. Part of Coach Oliver and Ms. Crosby’s planning involves setting up ongoing relationships with local organizations such as the YMCA, Jamestown Boys and Girls Club, and Jamestown Public School District to connect the players with the children. “Mentoring is a strong part of being a Jamestown Jackal,” said Crosby, “I had a player come to the team through another league team. They wanted me to add him to the roster. I could see he had talent, but never seemed to interact with the children on the program visits, which is key to be a good Jackal team member. He seemed uninterested. However, at the end of the season, he was fidgeting while four wheeling with a team supporter, wanting to know when they would be done. I asked him why and he told me had made plans to visit a local church youth group because they asked him to come back. He was making an impact and the youth were making an impact on him. Success! He has now gone on to play in Portugal.” From surviving to thriving indeed.

The Jackal’s are holding open tryout on October 26. The season runs January through April. The average attendance went from 100 in 2016 at the end of the season, he was fidgeting while four wheeling with a team supporter, to 350 this past year. Coach Oliver’s goal this season 800 to 1,000 (I have no doubt it will happen). The team plays 24 sanctioned games, 14 home games. Tickets are only $5 for students and seniors and $10 for adults. A season ticket is $100. Visit www.jackalsbasketball.com to purchase tickets. 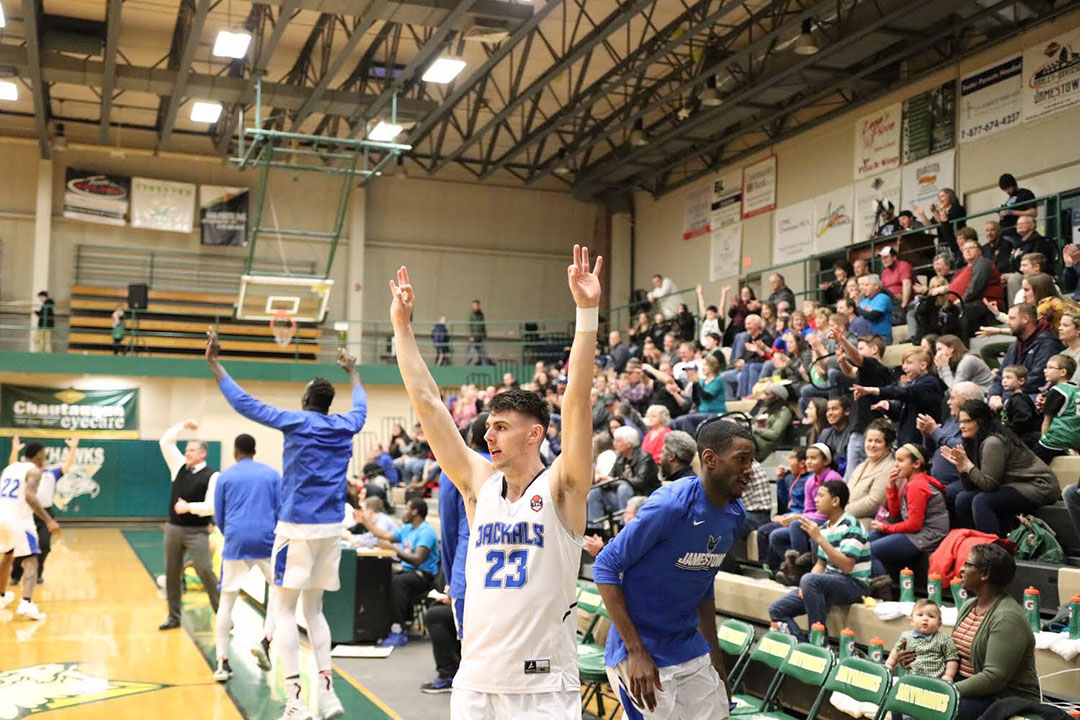