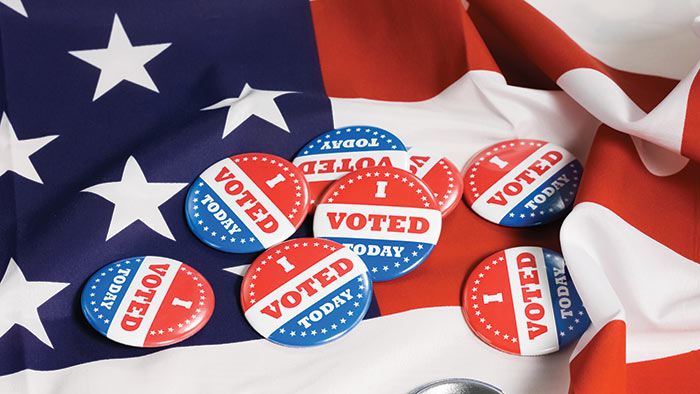 One of the most important rights of American citizens is the right to vote. In the beginning of our country, only white males over age 21 who owned property could vote. Through the centuries much has changed. Today, citizens over the age of 18 cannot be denied the right to vote based on race, religion, sex, disability, or sexual orientation. In every state, except North Dakota, citizens must register to vote. Laws regarding the registration process are controlled by each State. The Constitution and laws of the United States give each State broad authority in how they conduct elections.

At a time when many Americans are tired of politics, we should thank our fellow citizens who have the courage to run for office. They open themselves up to public scrutiny, often at great personal sacrifice. They are willing to put their lives in the public domain to serve their communities.

They are taking on great responsibility as our elected leaders. They are making decisions about our public safety, from policing and fire protection to public events. They are entrusted with managing our tax dollars. They determine the rules governing our towns, villages, cities and county. More than any other citizens, they are responsible for making the places we call home livable and vital.

Locally, elections are being held in every community in the County. Maybe even some of your neighbors are throwing their hat in the ring.

Voting: Early and on Election Day

In Addition to the Offices, there are Five Proposals on the Ballot

Proposal 1: Amending the Apportionment and Redistricting Process
This proposed constitutional amendment would freeze the number of state senators at 63, amend the process for the counting of the state’s population, delete certain provisions that violate the United States Constitution, repeal and amend certain requirements for the appointment of the co-executive directors of the redistricting commission and amend the manner of drawing district lines for congressional and state legislative offices.

Proposal 2: Right to Clean Air, Clean Water, and a Healthful Environment
The proposed amendment to Article I of the New York Constitution would establish the right of each person to clean air and water and a healthful environment.

Proposal 3: Eliminating Ten-Day-Advance Voter Registration Requirement
The proposed amendment would delete the current requirement in Article II, § 5 that a citizen be registered to vote at least ten days before an election and would allow the Legislature to enact laws permitting a citizen to register to vote less than ten days before the election.

Proposal 4: Authorizing No-Excuse Absentee Ballot Voting
The proposed amendment would delete from the current provision on absentee ballots the requirement that an absentee voter must be unable to appear at the polls by reason of absence from the county or illness or physical disability.

For more information about the proposals please visit www.elections.ny.gov/2021BallotProposals.

Please review the list of candidates in your community, ask questions, make suggestions, and do your part to elect who you think is the best representative. Then participate and voice your thoughts to make your community a better place.