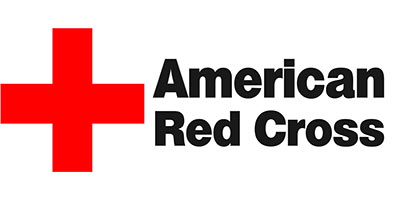 The American Red Cross is working hard to get help to where it is needed as Hurricane Harvey’s catastrophic devastation is being called the worst flooding disaster in U.S. history. Access into many areas is still quite difficult, but with the help and partnership of the U. S. Coast Guard and the Texas National Guard, supplies and volunteers are moving to where they are needed most.

The Red Cross is working very closely with the entire response community – government agencies, other non-profit groups, faith-based organizations, area businesses and others – to coordinate emergency relief efforts and get help to people as quickly as possible.

57 volunteers and three Emergency Response Vehicles (ERVs) from the Western and Central New York Region are in Texas, on the way, or supporting the relief efforts remotely.

More than 1,500 disaster workers are on the ground, and hundreds more are on the way. They are being joined by a group of highly-skilled volunteers from the Mexican Red Cross who will help support shelters, distribute aid and connect with Spanish speaking disaster survivors to keep them informed about support available to them.

With the help of partners, the Red Cross has served more than 180,000 meals and snacks have since the storm began.

There are enough shelter supplies, such as cots and blankets, for more than 50,000 people in Texas. Trailers of kitchen supplies are on the ground to support 6 kitchens, each able to produce 10,000 meals a day, and 6 more trailers are on the way. There are also about 116,000 ready-to-eat meals currently on the ground with an additional 39,000 en route.

With blood products prepositioned in Houston and Dallas ahead of the storm, the Red Cross continues to work closely with local, state and federal authorities to deliver blood and platelets to hospital partners in flood affected areas.

More than 16 million hurricane and flood alerts have been issued through Red Cross mobile apps, surpassing the 6 million issued for Superstorm Sandy. The alerts provide shelter locations and real-time information.

How You Can Help
The Red Cross has launched a massive response to this devastating storm and needs financial donations to be able to provide immediate disaster relief. Help people affected by Hurricane Harvey by visiting redcross.org, calling 1- 800-RED CROSS or texting the word HARVEY to 90999 to make a $10 donation.

About the American Red Cross:
The American Red Cross shelters, feeds and provides emotional support to victims of disasters; supplies about 40 percent of the nation’s blood; teaches skills that save lives; provides international humanitarian aid; and supports military members and their families. The Red Cross is a not-for-profit organization that depends on volunteers and the generosity of the American public to perform its mission. For more information, please visit redcross.org or cruzrojaamericana.org, or visit us on Twitter at @RedCross.