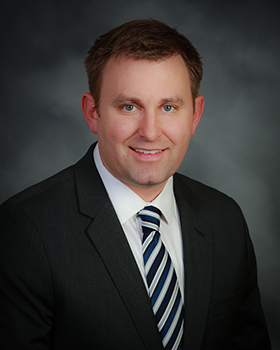 Patrick Swanson of Fredonia became Chautauqua County’s Acting District Attorney on Friday, replacing David Foley, who resigned to take his new position as County Court Judge.
“I am proud to have been chosen by David Foley to fill his position for the interim,” said Swanson. “David Foley has discharged the duties of this office with honor, ethics and effectiveness. Being selected as the one to continue on with that tradition is humbling.” Barring a gubernatorial appointment, Swanson will serve as Acting District Attorney until November, when voters will elect a District Attorney to a full four-year term.
Swanson, the son of Melford and Mary Swanson of Sherman, graduated from Wake Forest University, and later the University of Memphis Law School, before ultimately joining the Chautauqua County District Attorney’s office, where he assumed the role of prosecuting northern Chautauqua County’s felonies. He’s the husband of Dr. Natalie (Guiffreda) Swanson and they are the parents of two. 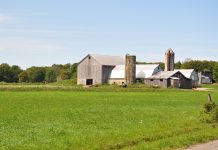 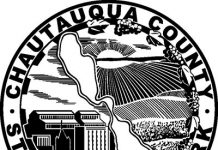