Article Contributed by
State University of New York at Fredonia

The concert is slated for Wednesday, March 7, at 8 p.m., in King Concert Hall. Senior Michaela Tramuta of Fredonia will be guest vocalist for the “Star Spangled Banner” She is a senior B.F.A musical theater major, currently starring as Wendla in the upcoming Walter Gloor Mainstage production of “Spring Awakening,” the musical.

The program will include Mr. Kuo’s “Wingspan” and Mr. DiBerardino’s “The Ninth Wave.” “Wingspan,” a piece for solo horn and concert band, has been described as a composition of music that “soars.” School of Music Associate Professor Marc Guy will be the horn soloist. Mr. Guy plays in the Western New York Chamber Orchestra, the Fredonia Wind Quintet, the Erie Philharmonic and the New Peerless Sousa Band. Before coming to Fredonia he was a member of the Annapolis Brass Quintet and played all over the world with that ensemble. His degrees are from the Peabody Institute, Northwestern University and SUNY Stony Brook and his primary horn teachers were Robert Pierce, Dale Clevenger and William Purvis. “The Ninth Wave” was inspired by a painting by Russian artist Ivan Aivazovsky in which a tiny group of people clung to a wrecked ship at sea.

Kuo is also a violinist, with Emmy Awards for Outstanding Achievement in Music Direction and Composition for a Drama Series. His work has been on soundtracks for movies, such as “The Rock” and “Finding Nemo,” and he has composed music for television programs including “The Dog Whisperer” and daytime dramas including” All My Children” and “As the World Turns.” Kuo has also worked with Pearl Jam and Aerosmith. A graduate of The Juilliard School and the University of Miami, Kuo is a violin and composition instructor at La Sierra University.

DiBerardino, a Rhodes Scholar, is an orchestral, chamber and vocal music composer. A graduate of Princeton University, he also holds two postgraduate degrees; a Master of Philosophy from The University of Oxford and a Master of Music from Yale University. DiBerardino works to challenge his listeners with the use of dramatic narrative arcs and is motivated by harmony, intricate contrapuntal tunes, idiosyncratic forms and melodic lyricism.

Little Rock, Ark., native Mr. Cumberbatch will be guest conductor on the Ron Nelson work, “Courtly Airs and Dances.” He is a first-year graduate assistant in pursuit of a Master of Music degree in Wind Conducting under the tutelage of Dr. Paula Holcomb. A 2015 summa cum laude graduate of Henderson State University in Arkadelphia, Ark., he was principal horn of its Wind Ensemble, section leader of the “Showband of Arkansas” Marching Band and solo horn in the Brass Band. After graduation, Mr. Cumberbatch logged two years teaching junior high band at Watson Chapel Schools in Pine Bluff, Ark., while maintaining membership in the Little Rock Wind Symphony and Pine Bluff Community Band, as well as regular performances with the Natural State Brass Band.

A Karel Husa work, “Al Fresco,” will round out the program.

The event is free and open to the public and will be live-streamed at http://home.fredonia.edu/music/live. 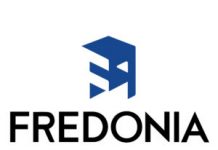 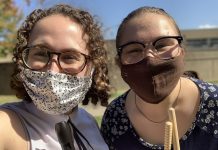 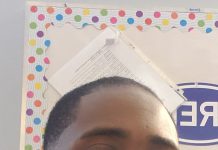