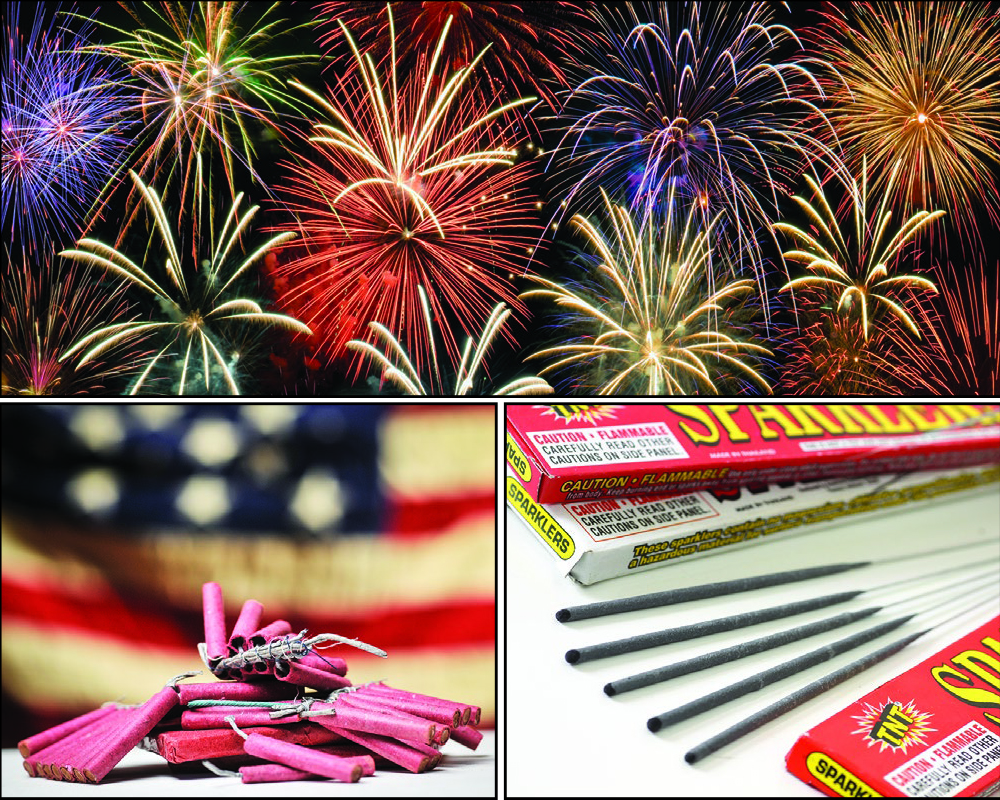 A classic summertime celebration of Independence Day, county fairs, athletic events, and other public events usually involve professional firework displays. These can be majestic experiences that create cherished memories among families and friends.

Set to music on a warm summer’s night these colorful displays often capture awe-inspiring momentous bursts that can make young children, our senior citizens, and all ages in between smile and tear up while viewing these artistic shows.

Unfortunately, this summer many of these displays have been cancelled due to the Covid pandemic and restrictions on large gatherings. In some cases, professional displays are still scheduled, but many of the fireworks friends and families have been witnessing in the last month have been from their neighbors.

These intimidating explosions have been wreaking havoc on neighborhoods and entire communities. Whether it’s impacting the sleep of infants, creating an atmosphere of chaos for beloved pets, or rattling the lives of military heroes who suffer from post-traumatic stress disorder, it seems like every day as the sun sets these unprofessional displays resume and continue well into the night.

Residents in the southern tier of New York State are in a unique position when it comes to the legal and illegal possession and use of fireworks. Since it is only a short drive to the Pennsylvania state line where there is an entirely different set of laws in effect for fireworks, this leads to numerous illegal fireworks purchases that are often brought back into New York.

In Pennsylvania, the law states that consumers are allowed to purchase consumer-grade fireworks, including bottle rockets, firecrackers, roman candles, and others. Larger display fireworks are still only permitted to be launched by professional services.

New York State Law allows for the sale and use of only one specific category of consumer fireworks known as “Sparkling Devices.” The law defines these as “ground based or handheld devices that produce a shower of colored sparks and or a colored flame, audible crackling or whistling noise and smoke…these devices must be hand held or mounted on a base or spike and be limited in sizes that range from 1 to 500 grams [just under 18 oz.] of pyrotechnic composition.”

To understand the seriousness of these laws, readers should know they are listed under Homeland Security, New York Penal codes 270.00 and 405.00.

These laws are not at all confusing. They are very clear. In recent days police forces across the state have been cracking down due to the many disturbances and complaints about illegal fireworks being launched across many communities.

The “law of common sense” may also apply. Nationally, fireworks have led to nearly 20,000 fires and more than 9,000 injuries annually.

Sparklers, some kinds of which are legal in New York, accounted for more than a quarter of those injuries. Although these may appear harmless many hands, eyes, fingers, and legs are often in jeopardy when using these devices as they burn at an extremely high temperature.

As the temperatures keep rising and many families have to keep their windows open in order to have a breeze move through their homes to keep cool, it is difficult to block out the loud explosions that ring out nightly with these illegal firework launches.

When speaking with community members about these recurring fireworks displays, one story was notable. With a young infant in the home, as many can relate, it is often difficult to get them down to sleep soundly. As loud eruptions nearby continually go off into the wee hours of the morning, this bedtime challenge can become frustrating.

One community member said this about their neighborhood experience. “After about 10 minutes of firecrackers we assumed that they were done. Then out of nowhere there was a loud bang and the windows started to shake.”

As the narrative unfolded this community member reported that it was a nearby neighbor who was launching large fireworks that were “similar to those that you would see at a fair.”

“The neighbors continued this display for another 15 minutes. During the neighbor’s fireworks show the baby woke up and needed almost an hour to be put back to sleep.”

These disruptions can lead to a loss of sleep for many, even jolting one awake in the early hours of the morning, including vulnerable young members of our communities.

Another group in our neighborhoods that are affected by the constant bursts of illegal fireworks are family pets.

“Repeated evenings of fireworks that have been happening recently have created an ongoing stress-response in our animals with raised levels of adrenaline and cortisol which can be detrimental to their physical health,” said Chautauqua Humane Society Executive Director Kellie Roberts.

As some of these blasts are loud to human ears, Ms. Roberts added, “animals have a heightened sense of hearing when compared to humans and that makes the impact of those booms even greater.”

Roberts said, “A lack of understanding about what is happening when fireworks go off can cause fear, pain, and panic in animals of all species. Panicked animals may injure themselves or others when their fight-or-flight response is triggered by fireworks.” stated Ms. Roberts. She also mentioned that “While many suffer in silence by hiding under the bed or in the bathtub, other animals become distraught enough to jump through windows or escape from fenced yards, resulting in lacerations or becoming lost or hit by cars.”

Many pet owners understand and have experienced these harmful circumstances.

Our heroes who have served in the military and live among us are to be cherished and celebrated. The unprecedented launching of fireworks without any warning can negatively affect those veterans who suffer from post-traumatic stress disorder (PTSD).

Veterans in our communities may have PTSD with no outward signs except when triggered by certain events or sounds. When professional firework displays are on a set schedule it is easier for these veterans to prepare for the explosions.

According to the University of Michigan Medicine and Health News, people with PTSD are highly alert to any environmental changes that could signal danger, like unplanned explosions caused by fireworks. This could lead to nightmares, insomnia, intrusive thoughts of past trauma, negative changes in their mood, and more. The Michigan Medicine study also claims that what is so debilitating is the unpredictability of these explosions.

Nightly neighborhood illegal fireworks shows continue to rattle lives, cause heightened tensions, and negative impacts on family and friends who have served in the military. These heroes have given so much for our freedom and there should be proper ways of thanking them without putting their mental health in jeopardy.

Many people in our communities do follow the laws by purchasing these legal sparklers to celebrate holidays, birthdays, graduations, and other summer fun.

Some neighbors choose to disrupt lives with illegal bursts of fireworks that only licensed professionals should use. These noisy displays have a negative impact on many.

Everyone wants to have a safe and fun summer, but pyrotechnics should be reserved for professionals only at larger public viewing events.

All forms of fireworks and pyrotechnics come with some form of risk to the users. These risks include burns, death, property damage, fire hazards, and many others. First responders are already spread thin due to their increased workload from the pandemic. Irresponsible use of fireworks can only make matters more difficult.