Andrew graduated eighth in his class, is a member of the National Honor Society, and is enrolled at the Rochester Institute of Technology to study biomedical sciences. He is one of two freshmen receiving the coveted RIT Medal Scholarship for computing and community service. He also received the Milton J. Fletcher Award for English, the Jasmine Cantor Award, and a scholarship from the Class of 1950.

Andrew participated in YMCA and JHS swim teams, was a JHS co-captain his junior year and competed in regionals. He was a crew member for the Chautauqua Lake Rowing Association high school team. “I relished opportunities to travel, meet county-wide crew, and serve as an assistant coach with the learn-to-row program,” said Andrew. He plans to row for RIT.

Over three years, Andrew volunteered at the Robert H. Jackson Center. He learned of Jackson’s Jamestown accomplishments and significant contributions to national and international human rights and social justice. Andrew shadowed several UPMC doctors, viewed an operation, and interacted with the hospital staff. These experiences developed an admiration for health care workers and provided insights for imagining a career in medicine. He also volunteers at the First Lutheran Church.

A teacher wrote the following: “He was a passionate, gifted thinker, with a personal style, integrity, maturity, and global perspective rare for students. Teachers and students found that Andrew challenged himself and those around him, yet he was always kind, humble, and respectful. I will miss seeing his light bulb go off during conversations. If I could, I would claim him as my own.”

Eklum, Jonathan Healy, Stephen Carlson, Luke Kindberg, Andrew Sisson, Andrew Pumford, Findley Holt are the former recipients. When our committee evaluates the scholarship candidates, it is evident that parents, teachers, coaches, and a host of community members continue to foster character and excellence.

Each year, we appreciate the opportunity to reconnect with the Braw Caddie Clan brothers and get to know the awardees and their families at our annual scholarship presentation. We plan to meet at St. Luke’s undercroft, 410 N. Main Street, Jamestown, New York (date and time TBA).

If you are not on our email list and would like to attend, contact James Colby (james422colby@gmail.com), Randy Anderson (randy28b@netsync.net), Gary Yager (yager@nm.com), Tom Neelan (tjneelen@gmail.com), or Russ Ecklund (recklund001@stny.rr.com). Members on our email list will receive notification of the date and time for the upcoming award presentation. Last year we forwarded an email highlighting Stephen Carlson’s ongoing achievements as a Princeton student-athlete (twice All-Ivy League honors) now playing special teams and tight end for the Cleveland Browns.

Stanley A. Weeks’ extensive service and philanthropy stretched throughout the community. He made legacy contributions to Jamestown Community College, the Robert H. Jackson Center, St. Luke’s Episcopal Church, Chautauqua Region Community Foundation, Scottish Rite and Masons, and Fenton Historical Society. He served numerous clubs and held many offices, including the mayor of Jamestown.

To honor Stan’s legacy and support JHS student-athletes preparing to become global thinkers and excellent citizens, forward gifts to the Chautauqua Region Community Foundation in Mr. Weeks’ name. This scholarship supports the best of Jamestown’s college-bound seniors and reflects the exceptional youth influencers within our community! 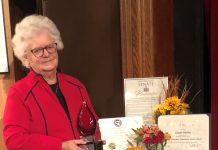 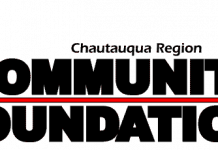 CRCF to Host Scholarship Webinar May 14