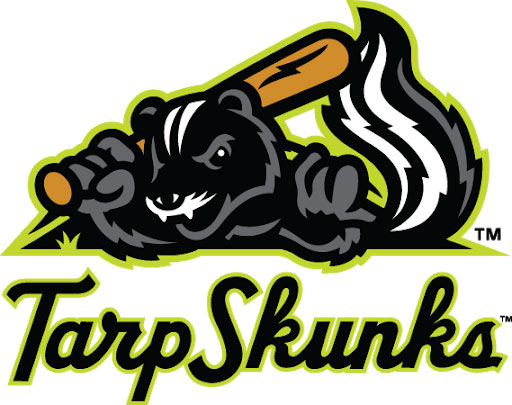 The three Rotary Clubs have supported the local team in the past and are eager to widen their support to include the entire community.

Tickets are available from all Rotary Club members as well as many local businesses and they will be available outside the stadium prior to the first pitch at 6:30pm.

The Rotary Club of Falconer meets for a breakfast meeting the first and third Thursday of the month at the Falconer Firemen’s Exempt Hall at 1 Coleson Drive in Falconer. Meetings begin at 7:00 AM. The Falconer Club has partnered with the Village of Falconer on an annual Spring Clean Up, the Santa Parade the Saturday before Thanksgiving, and Christmas 25 Days of Reading including the library as another partner. And of course, this Club is well known for their past and on-going work with Falconer Park which is due for an updating.

The Rotary Club of Greater Jamestown AM meets every second and fourth Wednesday from 7:30 a.m. to 8:30 p.m., in person and on Zoom, at VENUE 31 on First Street. This Club’s community service projects include their Bundle Them Up coat project in conjunction with the Salvation Army and Highway Cleanup on a portion of Route 60 four times each year. They have installed a playground for the Eastside YMCA and supplied game equipment, including a pool table and a ping pong table. They have built two women’s sewing centers in Thailand to preserve the traditional cloth weaving and provide sustenance for struggling families. Every Fall they sponsor a Buffalo Bills Football Party and, in the past, have also produced a Fine Dining Book. This year the Club has been raising funds for Royal Family Kids Camp.

The Rotary Club of Jamestown meets every Monday at Noon in person and by ZOOM at the Doubletree Hotel for lunch. The meeting and speaker are completed by 1:15 p.m. The Jamestown Club sponsored the other two clubs and just recently celebrated the Centennial of its own chartering. In the past, the membership has been very involved in many local and international projects including the founding of Moon Brook Country Club, the establishment of the Community Chest (now the United Way), support of the Boys and Girls Club, the Reg Lenna Civic Center, JCC Scholarships, the National Comedy Center, the UPMC Emergency Dept. and since the 1980s have sponsored a Camp Onyahsa experience for the developmentally disabled in conjunction with The Resource Center.

The Rotary Club of Jamestown has sponsored several projects at the Cambodia Academy, many literacy projects in local schools, libraries and churches, local Covid relief funds, remodeling an immunization clinic in Karachi, Pakistan, establishing a cafeteria in a Tanzania school, clean water wells in several countries and of course the sponsorship of two incoming and outgoing foreign exchange students. The Club is about to unveil its Centennial Project – the new entry sign for the City of Jamestown to be built where Route 60 enters North Main Street.

Each of the local Clubs are deeply invested in supporting their community and their world, as are all 1.4 million Rotarians worldwide, as the Rotary slogan says, “Serve to Change Lives”. Members of the local Clubs will each have a display at the game to showcase their activities and answer questions about membership.

Ruth Lundin Honored with Rotary Service Above Self Award