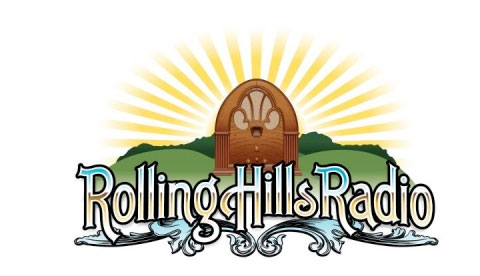 Over the course of his career, blues influenced singer-songwriter Sean Rowe has recorded five full-length albums and several EPs. His music has been used widely throughout film and television, with notable examples including NBC’s hit dramas The Blacklist and Parenthood. Rowe’s song “To Leave Something Behind” was one of two non-score tracks to be featured in Ben Affleck’s hit 2016 feature film, The Accountant. The song accompanied the film’s final scene and has since received nearly 4.5 million streams on Spotify alone. He tours nearly nonstop and later this year, he’ll return to Europe for two weeks with stops in the U.K., Netherlands, Sweden, Norway, and Germany.
Rolling Hills producer, Cathie Hardley says, “The first time I heard Sean Rowe’s rumbling baritone, I stopped dead in my tracks. I listened and didn’t stop listening. When I heard what his songs conveyed, I went from interested to transfixed.”
Andy Cohen grew up in a house with a piano and a lot of Dixieland Jazz records, amplified after a while by a cornet that his dad got him. At about fifteen, he got bitten by the Folk Music bug, and soon got to hear records by Big Bill Broonzy and the Jim Kweskin Jug Band, both of which reminded him of the music he grew up to. At 16, he saw Reverend Gary Davis and his course was set. He knew he had it in him to follow, study, perform and promote the music of the southeast quadrant, America’s great musical fountainhead. Although he’s done other things, a certain amount of writing and physical labor from dishwashing and railroading to archeology, playing the old tunes is what he does best.
“Blues and folk are vitally important elements in American music.” Host Ken Hardley reminds us that “… we’ve had lots of players on Rolling Hills who have personified the roots of the blues as well as folk. People like Pink Anderson, Mississippi John Hurt, and Leadbelly have been represented. Tom Paxton, Ramblin’ Jack Elliot, and Roy Bookbinder have actually been on our stage. These are great examples of Andy’s influences and his guitar skills take it all to new level. We were lucky we nabbed him in the midst of his exhausting tour schedule.”
All live RHR regular season shows take place at Shawbucks, across from Jamestown’s Ice Arena. Doors open — to all those holding or purchasing tickets — at 5:30pm for the “Rolling Happy Hour.” Food and drink are available until 6:15 at which time audience members take their seats and the house lights dim. Audio and video recording begins promptly at 6:30. The bar reopens for 10 minutes at intermission and then again after the show when the audience and performers are invited to a “Meet and Greet.”
There are three options for purchasing tickets; Until the show is sold out, tickets are available at the door the night of each show. If you choose, you can call the Rolling Ticket Hotline at (716) 294-0416. Tickets are also available online at rollinghillsradio.org/tickets. Tickets for the September show are $15.00.

This project is made possible with funds from the Decentralization Program, a regrant program of the New York State Council on the Arts with the support of Governor Andrew Cuomo and the New York State Legislature and administered by Tri-County Arts Council