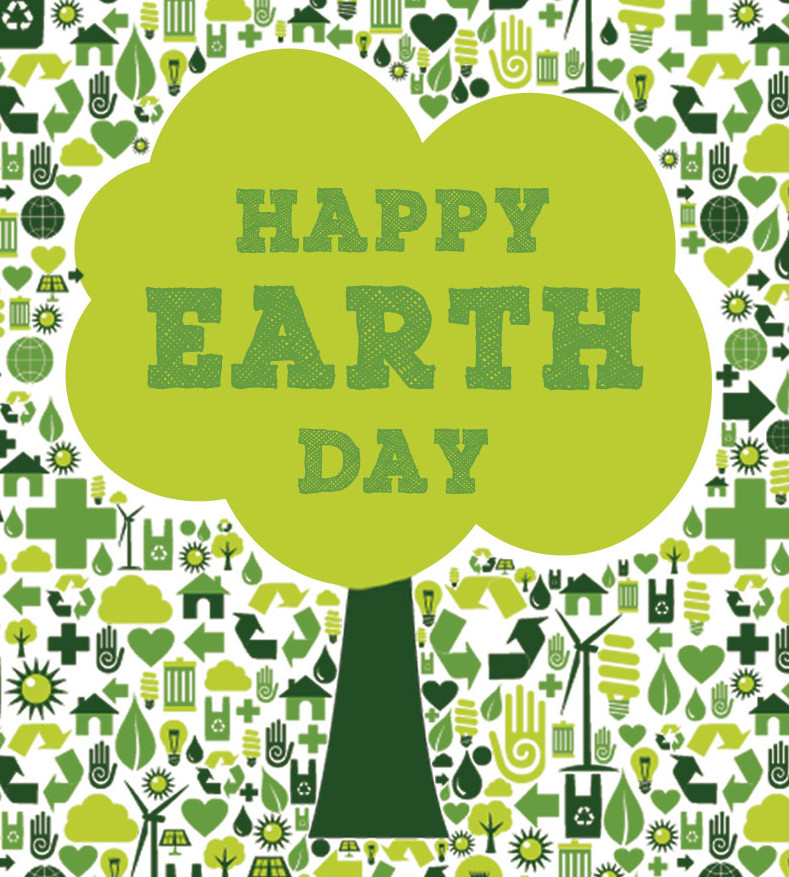 Trees are good for more than hugging!

A one-acre tree lot makes enough oxygen for 18 people to breathe for an entire year while consuming all the carbon dioxide an average car can make driving 26,000 miles.

Earth Day’s 45th anniversary on Wednesday, April 22, 2015 has selected as its motto, “It’s our turn to lead.” One of its signature goals for 2015 is The Canopy Project whose aim is to plant a billion trees worldwide. It has been estimated that by the time a tree reaches 40 years old it has turned 2,000 pounds of carbon dioxide into thousands of board feet of good lumber. Earth Day isn’t just the Industrialized World’s way to make up for its excesses; it is the Developing World’s investment in its future.

In 1970, San Francisco activist John McConnell and Wisconsin Senator Gaylord Nelson separately asked Americans to join in Earth Day, a grassroots demonstration to gather national support for environmental issues. Millions of people took part. The most common practice today is the planting of new trees.
In Western New York, the recent end of Maple Sugar season dovetails nicely with the tree planting season as the Sugar Maple itself is New York State’s official tree. The Maple tree planted this year will sweeten New York’s tables for many years to come.

The year 2015 is also the 100th anniversary of the phrase “Think globally, act locally”, attributed to Scottish town planner and social activist Patrick Geddes in his 1915 book, “Cities in Evolution.”

Jamestown Community College will once again present its annual Earthfest in celebration of Earth Day from 11 a.m. to 2 p.m. on Wednesday, April 22. The event is sponsored by JCC’s Earth Awareness Club and the college program committee of the JCC Faculty Student Association. Weather permitting, Earthfest will be held outdoors the Hamilton Collegiate Center near the pond, otherwise, in the Student Union. It is free and the public is invited.
The Earth Awareness Club will conduct a tree seedling adoption, made possible by donations from the Chautauqua County Soil and Water Conservation District. Proceeds from the sale of fairly traded products by club members will be donated to environmental organizations, including the Honeybee Conservancy, the Dolphin Research Center in Florida, Monterey Bay Aquarium’s rescue efforts, and the Chautauqua County Humane Society.

Arbor Day was founded in the U.S. in 1872 in Nebraska City, Nebraska when an estimated one million trees were planted in a single day, and it has been celebrated for more than a century in New York on the last Friday in April, this year on April 24.

Jamestown has been awarded the Tree City USA designation every year for the last 34 years and received its fifth Growth Award in 2014 honoring environmental improvements in its city forestry program, in a program sponsored by The National Arbor Day Foundation in cooperation with the USDA Forest Service and the state forestry agencies.
Tree City USA provides direction, technical assistance, public attention and national recognition for urban and community forestry programs.

To commemorate Arbor Day locally, JCC will hold a special tree planting ceremony at 12:15 p.m. on Friday, April 24. The public is invited to attend the event, which will be held at the northern end of the Science Center grounds. JCC was the first community college in New York to be named a Tree Campus USA college and has maintained the designation for six consecutive years.

The EPA and The Nature Conservancy are partnering on a photo project this April for Keep America Beautiful Month, encouraging everyone to show their love for nature by taking their very own #NatureSelfie photo. The goal of this project is to get people outside on Earth Day and connect with nature and share their love for our great Earth!

Jamestown Gazette readers can go to the #NatureSelfie website, http://epa.gov/region02/earthday/ for details on how to take and post Earth Day photos of Jamestown, their favorite nature spots across Chautauqua County, Western New York and Warren County, PA. Send Earth Day selfies to news@Jamestowngazette, too, to win a spot and photo credit on next week’s Jamestown Gazette Photo Page.

On the day after Arbor Day, Chautauqua County invites local residents and out of town guests alike to enjoy Tour Lake Erie Wine Country, an association of 25 wineries between Silver Creek, NY and Harborcreek, PA, with a Wine and Art Saturday on April 25th. Wine and Art Saturday is a free event from 10 a.m. until 5 p.m. with artists on location at participating wineries to display, sell, and demonstrate their works – from paintings and sculptures to photography and glass.

Our Children, Our Future.